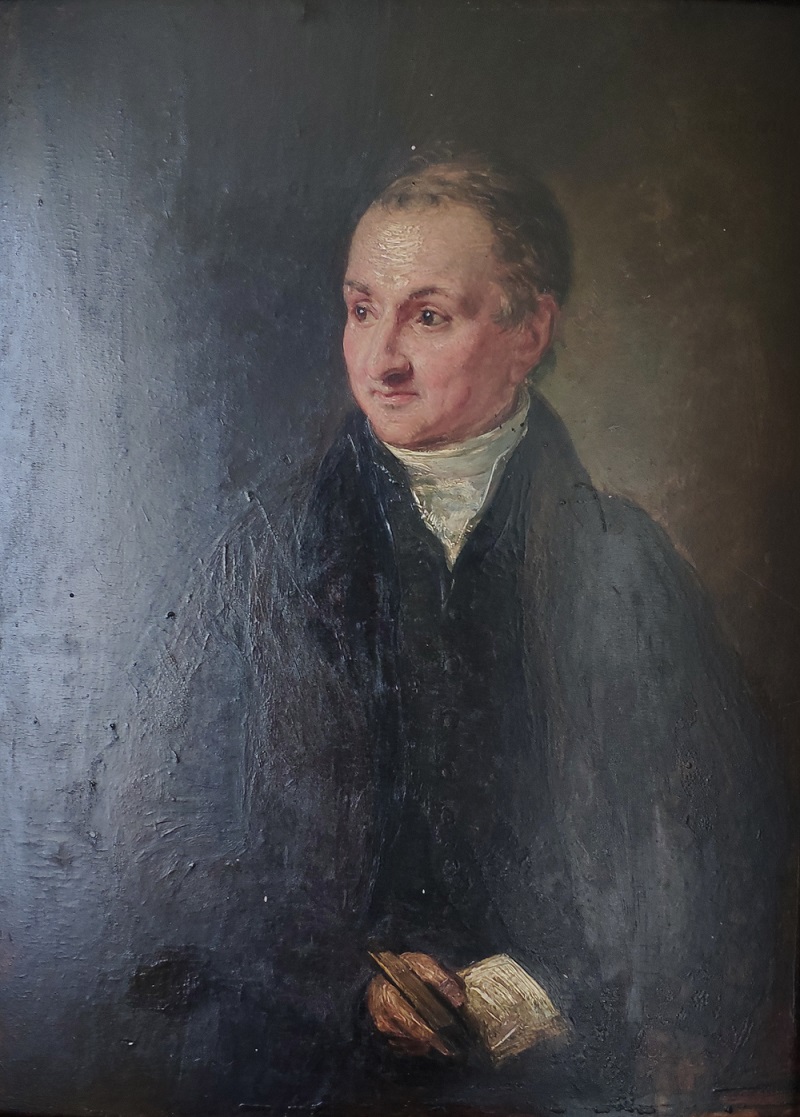 
Sir Edward Denny, 3rd Baronet (see here),
of Tralee Castle, Tralee, Co.Kerry.
He succ in Oct 1794.
He mar 26 May 1795 to Elizabeth Day [born 1779, descendant of Edward I].
Rebuilding and eventual demolition of Tralee Castle, 1804-1826:
The 3rd Baronet tried to modernise ancient Tralee Castle.
First he erected a more modern building at Tralee, in 1804, which ran into the old castle. But it didn't really work and he ceased to live there.
Left Tralee Castle in 1807-1810 and moved to England.
Lived at Kingsend House, Powick, near Worcester, Worcestershire.
Both the old Tralee Castle and the new building fell into disrepair.
Tralee Castle with the new extension was painted in 1824.
His father-in-law Judge Robert Day writes angrily on 13 July 1824 about a long-standing rift between them. Day writes about his son-in-law's "unnatural malignancy against the man who has saved the House of Denny from dissolution".
It must be said that Day was quite a terrifying figure, and had biting words about many people in his letters.

3rd Baronet finally demolished Tralee Castle in 1826, after it had defined Tralee for 600 years.
See Limerick Chronicle, 19 Apr 1826.
Denny Street was laid out at the site in 1826. Named after the original Sir Edward Denny. Georgian houses. The finest street in Tralee. Some of the stone from Tralee Castle was used in the Georgian buildings on Denny St, and some of its timber to make their doors.