Video and audio of (and related to) the revolutionary Sighle Humphreys.

Apparently the following sets of multiple images in quick succession, from the 1920s-30s, are not from actual films.

Rather, they were a commmon practice at the time of street photographers snapping multiple images of people on the street and then selling them to you.

Interview by Cormac O'Malley and someone else.

Interview with Sighle, "Women Today", RTE Radio, about 1980.
Definitely post-1979.
Sighle recalls her life. She recalls the 1916 Rising, and her 1923 hunger strike.
She declares her unhappiness with the way independent Ireland turned out and her desire to see a socialist, Irish-speaking, united Ireland.
Length: 28 min.

It is a dramatisation of the Free State raid on Ailesbury Rd in the Civil War, Nov 1922.

Sighle was played by Frances Healy. 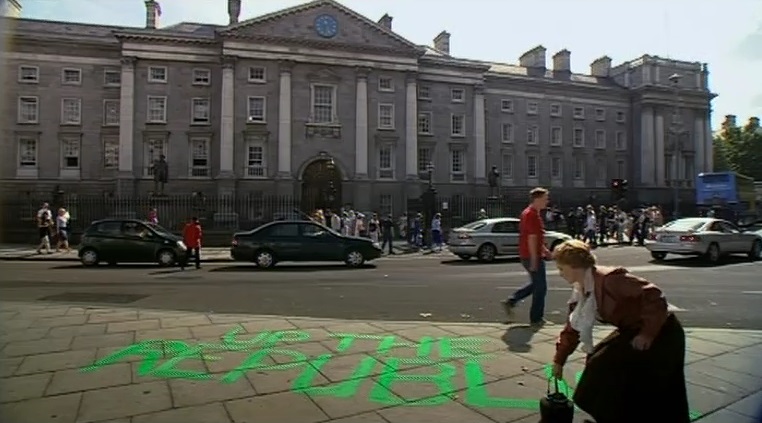 Sighle's first arrest, for painting slogans in 1922 in the Civil War, re-created by an actress in The Struggle.
See other shot and other shot.

Sighle, in her dressing-gown, firing a gun in the Nov 1922 raid, as played by an actress.
See full size. 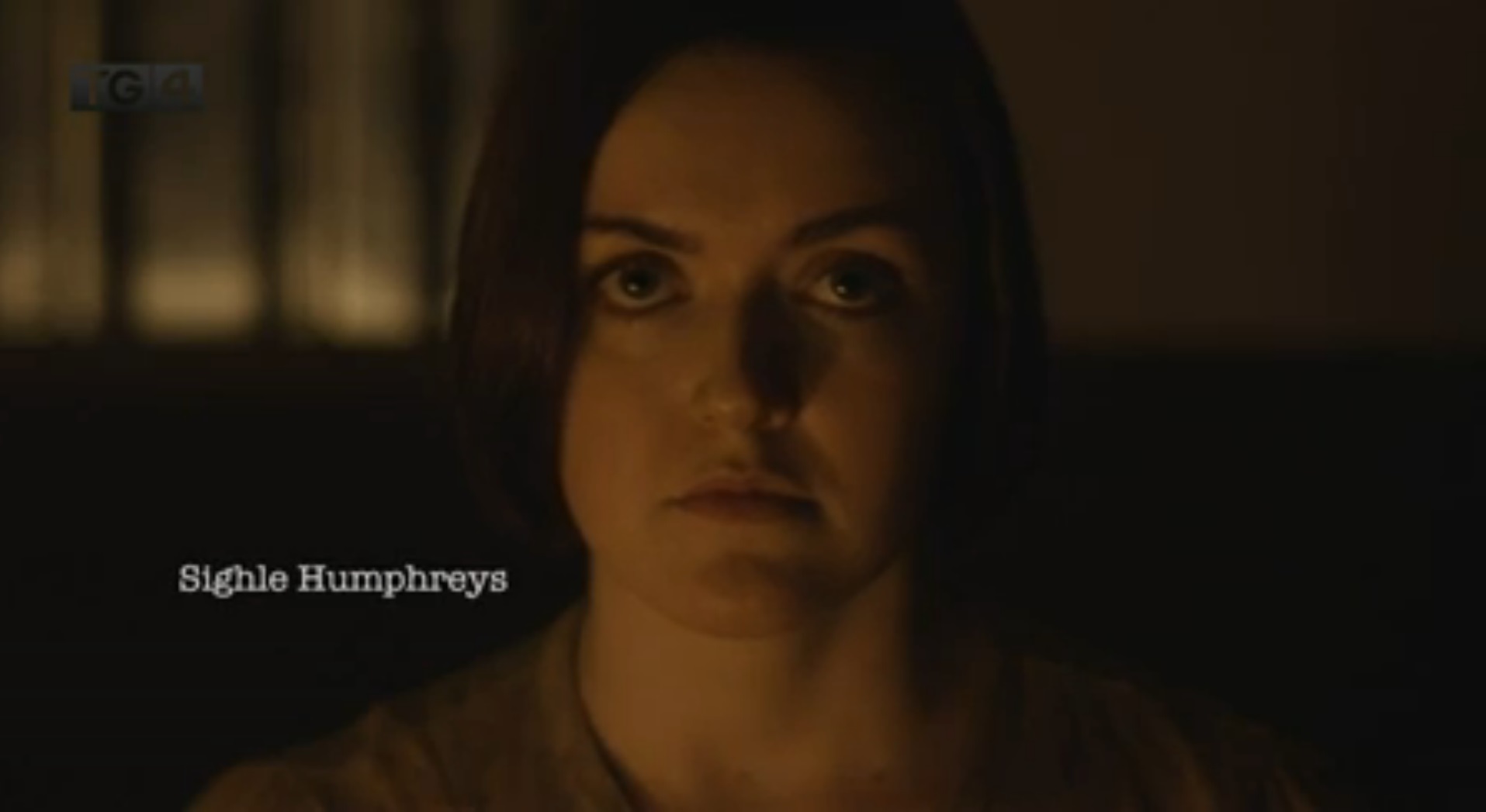 Sighle under arrest in the Civil War, as portrayed by actress Aoibheann McCann in the drama-documentary.
The quote "we thrive on suppression" was actually said at her 1931-1932 trial, though. 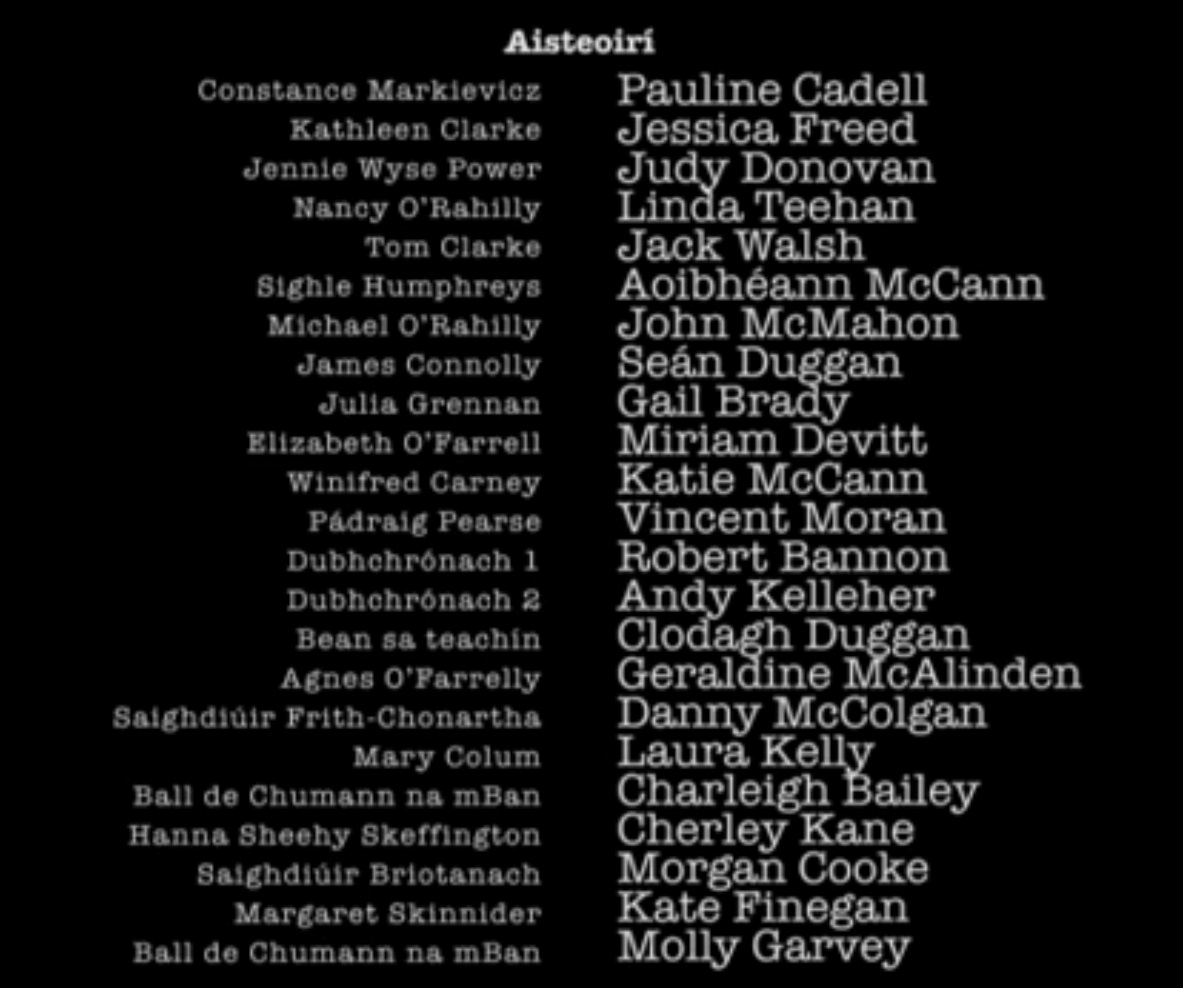