Billie de Courcy (see here),
William, born 28 July 1892.
In [Census, 1911] he is listed as visiting (apparently working for) his uncle Henry Glynn in Kilrush, Co.Clare. He is "assistant, milling business".
He is listed as merchant, living South Circular Rd, Limerick, at mar.

He mar 10 Jan 1917 to Kat O'Mara [Kathleen, born 9 Sept 1889].
At dau's birth 1918 they are living Corona House, South Circular Road, Limerick. He is "business manager".
Kat's father Stephen O'Mara gave them Coolraine House, Ennis Rd, Limerick. This was very extravagant. It was on about 60 acres, with its own gate lodge.
It was said to be a wedding present, but it seems they got it in 1919. See sale of Coolraine House by the executors of the late William O'Connell, Limerick Leader, March 5, 1919. See also Limerick Leader, March 7, 1919.

Harry de Courcy (back).
From photo of the employees of O'Mara's Limerick factory in 1939.
See larger and full size. 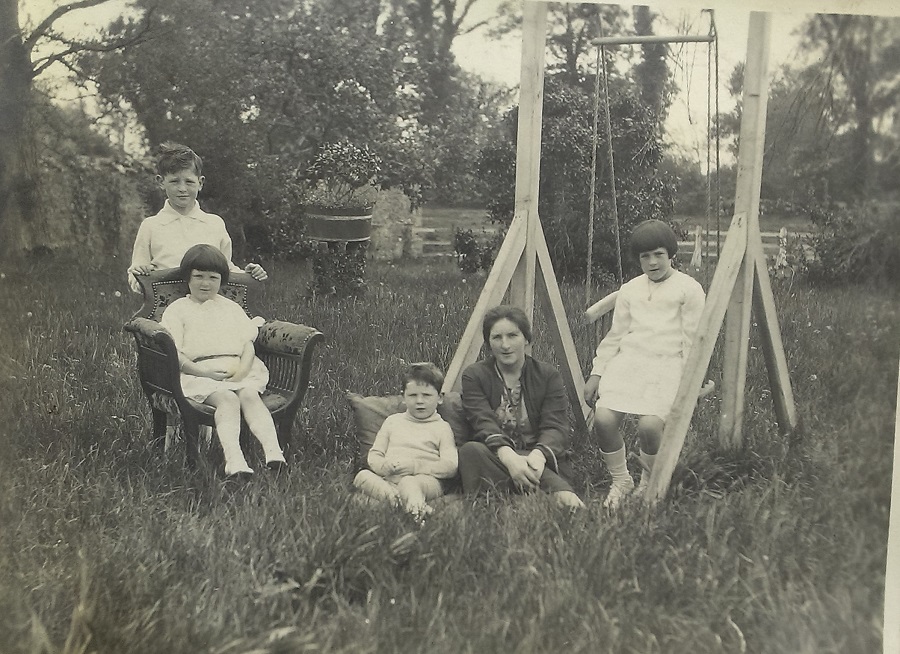