They returned to Canada.
Letter of 13 Sept 1908 says they are selling up the Palmerston business.
Letter of 5 Mar 1909 says Joe is finishing involvement in Palmerston.
Daughter born July 1909 in Toronto. Joe is decribed as a "manager" at birth. Adelaide's father registered the birth.
In 1911 census they were living with Adelaide's parents in Orillia.
[Donovan, 2012] says he is "Joseph O'Mara" who was Treasurer of the Irish Film Company of America, registered in Massachusetts, which distributed his brother-in-law Jim Sullivan's film Knocknagow (1918) in America.
As at 1920 Joe had summer house up on the Muskoka Lakes, N of Toronto.

a young Irish Tenor.
Lynch (born Rathkeale, Co.Limerick, 1921) sang from the stage of a Limerick movie theatre in 1942. The O'Maras were in the audience. They arranged for him to study in Dublin.
Joe got Lynch a job singing on the weekly Radio Eireann program sponsored by Donnelly's sausages.
With Joe's help, Lynch moved to America 1946 to become the lead tenor on "The Voice of Firestone" radio show sponsored by Firestone tyres.

Joe dies, 1950:
Joe is listed at death as "company director", of Lisnamara, Corbally, Limerick.
He died 30th Dec 1950, age 72 yrs, at his sister's house, "Greenfields", Milltown, Co.Dublin [GROI].
See obituary in Irish Times, January 1, 1951.
Wake in the Gresham Hotel, Dublin.
Funeral at Church of the Assumption, Milltown, Co.Dublin, think 1 Jan 1951.
His wife and children (all living in US) were not at his funeral, but the President was represented by his aide-de-camp.
He was bur in New Cemetery, Limerick.
He is listed on Stephen O'Mara grave, Mount St. Lawrence cemetery, Limerick.
See funeral report in Irish Times, January 2, 1951.

Adelaide is described as of New York at son's marriage Dec 1951.
As at 1953 she and her daughter were confined to a psychiatric hospital in Long Island. See below.
Joe and Adelaide had issue: 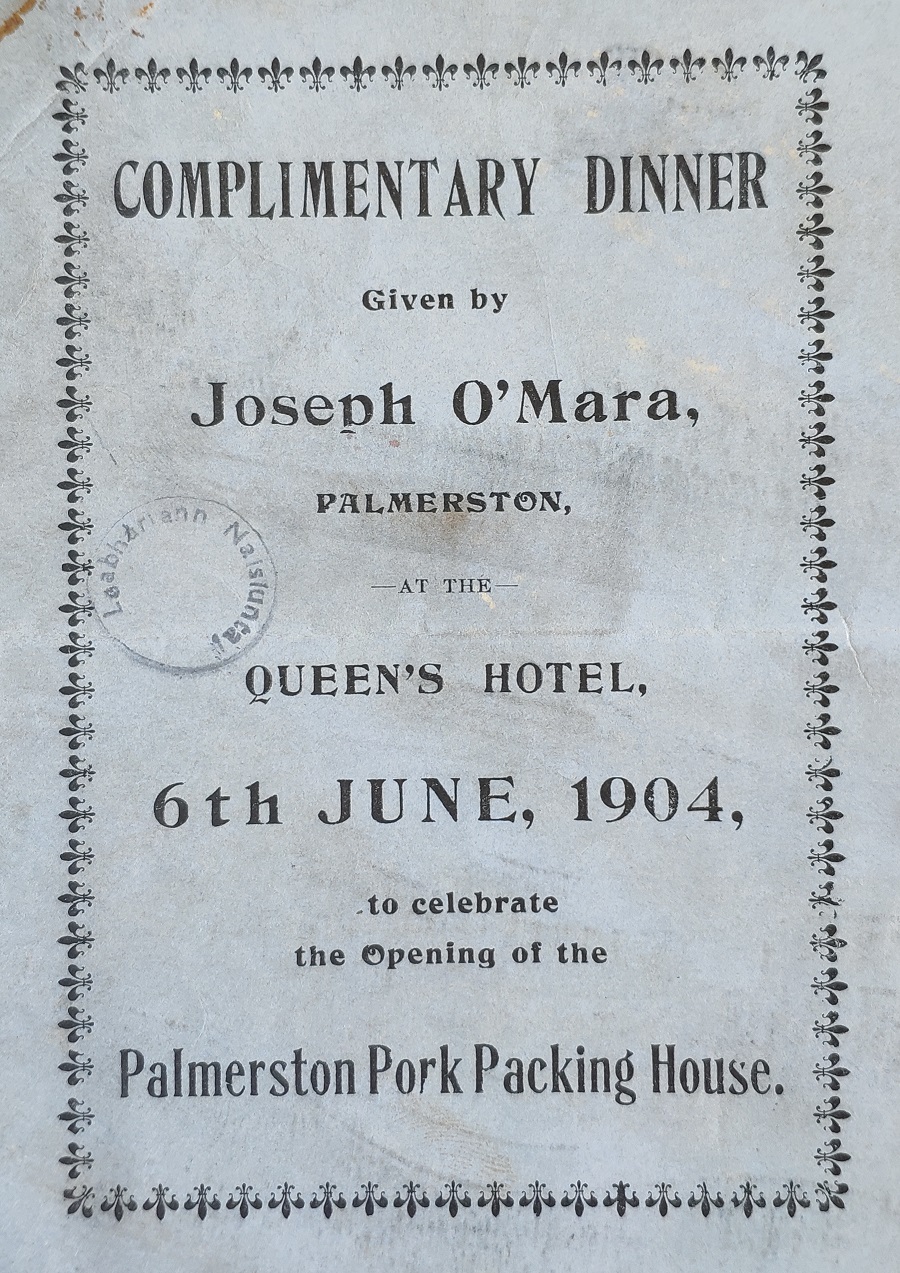 Adelaide Sheppard and Joe O'Mara on colorised version of the 1905 wedding photo.
This version is colorised by AI by MyHeritage In Color.
See full size.

Adelaide Sheppard and Joe O'Mara on colorised version of the 1905 wedding photo.
This version is colorised by hand by The Photo Alchemist.
See full size. 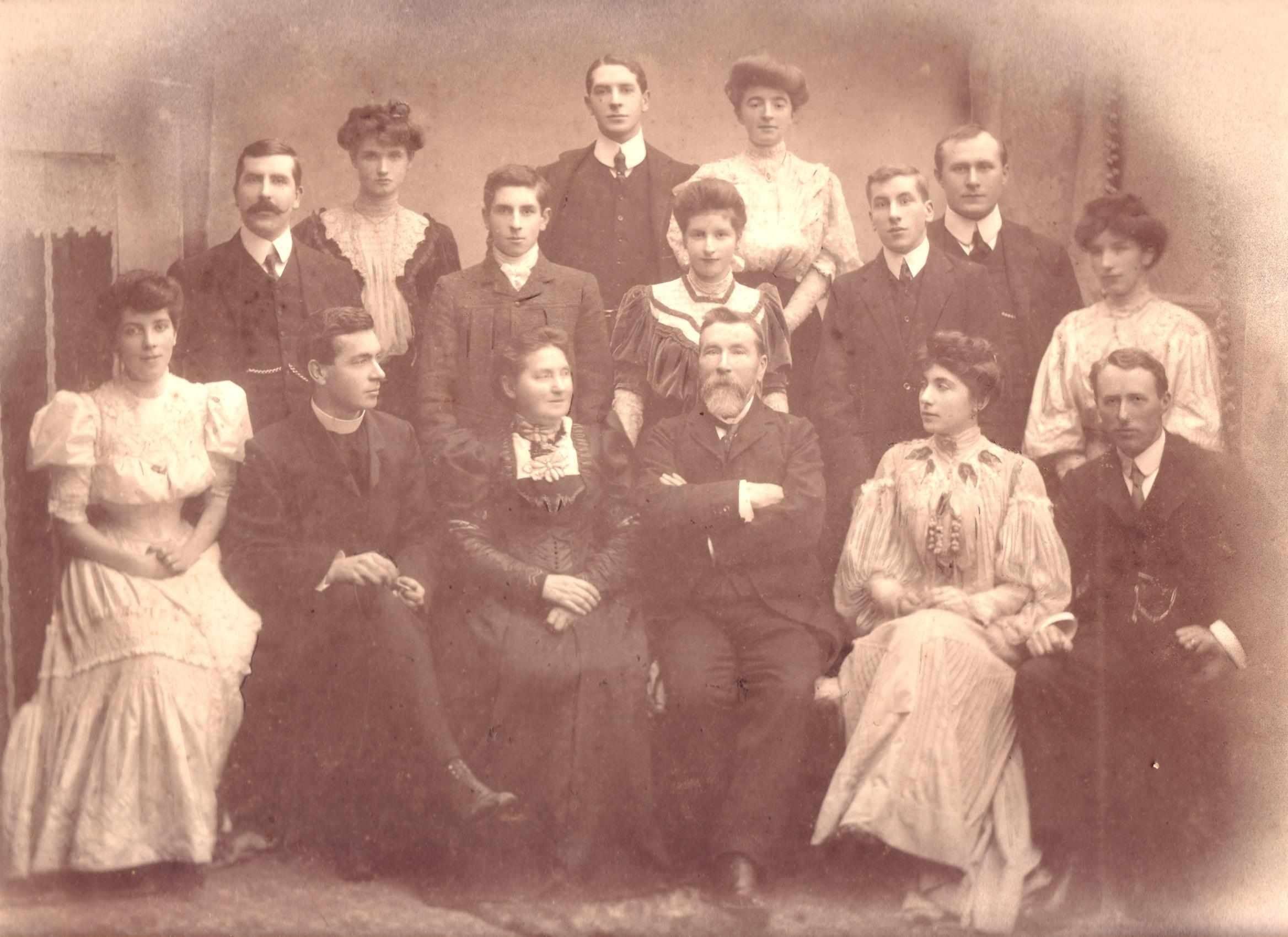 Photo at the time of the wedding of Joe O'Mara and Adelaide Sheppard, 1905.
The 2 parents, the 9 surviving children, and their 4 spouses so far.
The O'Mara family did not go to Canada. Rather Joe and his wife made a visit to Ireland in late Dec 1905 after the wedding.
Back (Left to Right): Joe, Adelaide Sheppard.
Middle (Left to Right): James, Agnes Cashel, Stephen, Kat, Phons, Bill O'Sullivan, Norrie.
Front (Left to Right): Nell, Fr. Paddy, Ellen Pigott, Stephen O'Mara, Mary, Michael Rynne.
See larger and full size.