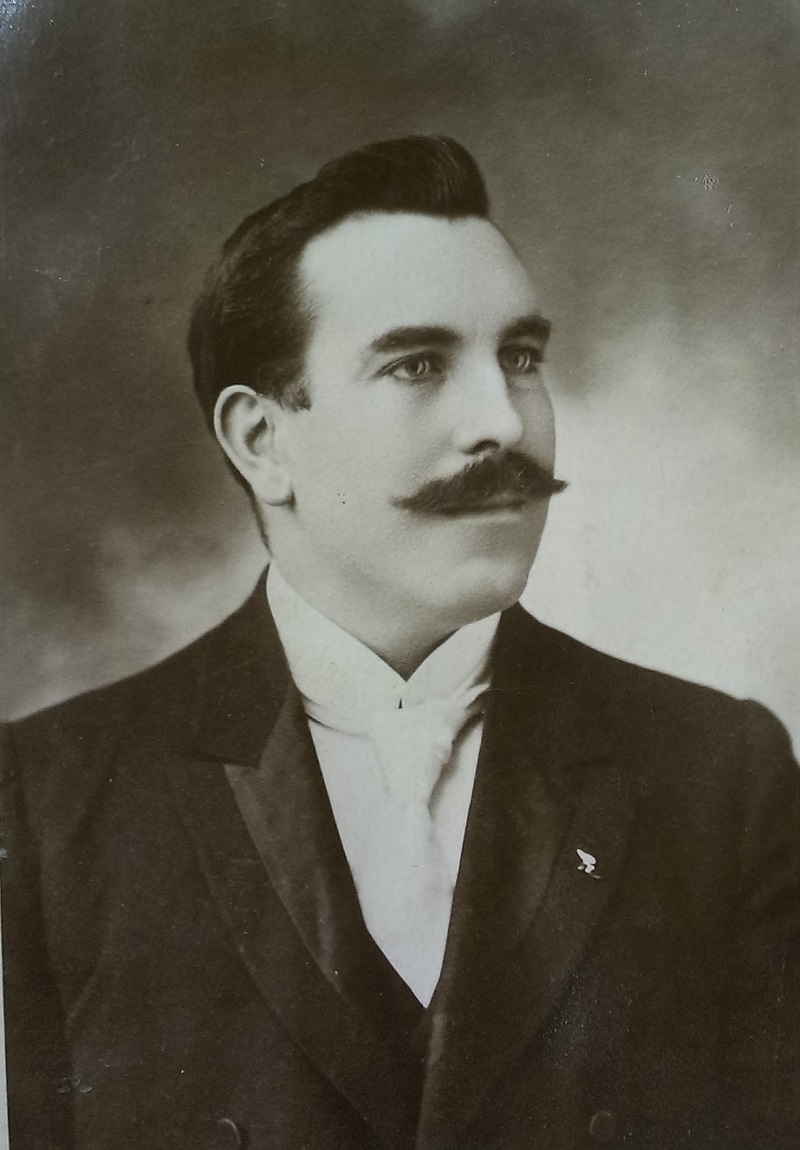 Joseph O'Mara, the opera singer.
See larger and full size.
From [P40/917]. Used with permission of [UL Archives].
See colour version from Limerick Museum. Think this is a modern colourised version of the original.

He was educ Crescent College, Limerick, left 1880.
At about age 18 (i.e. 1882), largely through influence of schoolfriends, he thought he had a fancy for the sea. His father said: "Go ahead my boy; the sooner you go, the sooner you come back." He went to sea for 12 months. He returned "having seen as much as I wanted to in that time." [Crescent College profile].
He sang in St.Michael's Church choir, Denmark St, Limerick (near his home).

He mar 24 June 1896 to Bride Power [Bridget, born 1873].
She was only dau of Michael Power, "manager of bacon factory", of Waterford. She was living Waterford at mar.
They mar at Rathmines RC church, Co.Dublin [GROI].

Letter of July 1908 from Patricia O'Mara on holiday in Kilkee, Co.Clare, says: "Eileen, Nora, Aunt Bride, Uncle Joe and the others are staying at Cliff Cottage."
Joseph was granted Freedom of Limerick on 1 Oct 1908. See certificate from Limerick Museum.
Think this was the time when he sang from the balcony of his brother Stephen's house Hartstonge House to a huge crowd gathered on the street.
[1967 article] quotes Michael Rynne (then a child), who recalls how "Catherine Street - lit up from end to end by tar-barrels and torches - was packed by hundreds of people who listened in dead silence to that truly magnificent voice which required no microphone to carry it down towards William Street."
He used to visit his niece Mrs. O'Sullivan in Killarney, and a crowd would gather outside and he would sing.
His brother Stephen left Hartstonge House c.1909, definitely gone by 1910.
Plaque on Hartstonge House says Joseph lived at Hartstonge House at one time, but this may be wrong.
Cannot find the family in Ireland in 1911 census. 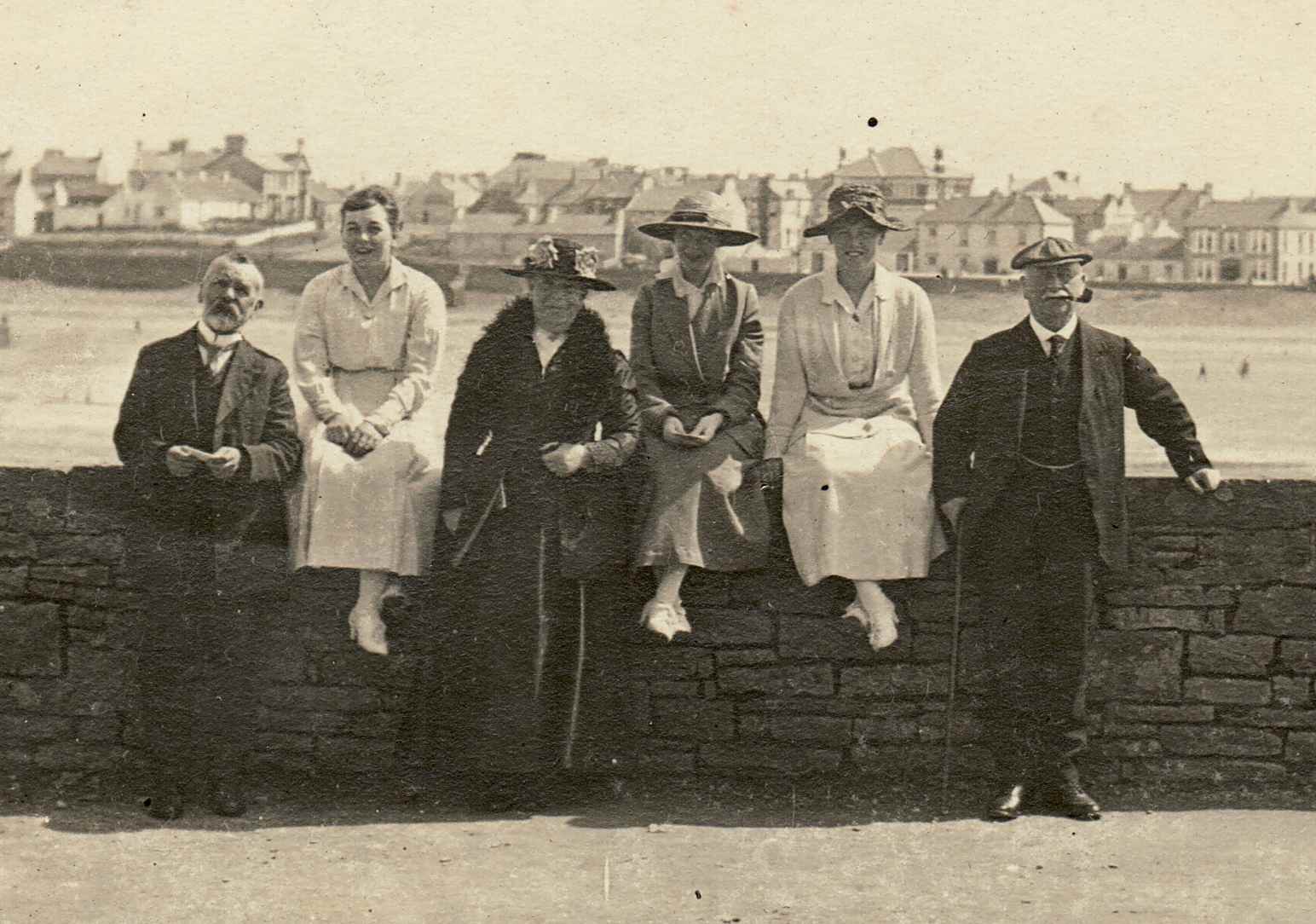