Grave of The O'Rahilly, Glasnevin

The O'Rahilly died in the 1916 Rising, and was buried in Glasnevin Cemetery, beside O'Donovan Rossa (died 1915).
They were the first couple of burials of what was soon to become the Republican Plot, which now contains most of the republican heroes of the War of Independence and Civil War.

Location: to the RHS of the O'Connell tower. See Google street view.
See his grave and O'Donovan Rossa's grave.
After 45 years without him, his widow Nancy was finally buried with her husband in this grave in 1961.


Location of The O'Rahilly's grave, Glasnevin.
Click to rotate.
From Google street view.

The O'Rahilly was buried in Glasnevin in Dublin on 4 May 1916. It was assumed this would be temporary and he would be re-buried in Lislaughtin Abbey, near Ballylongford, Co.Kerry. But he never was. 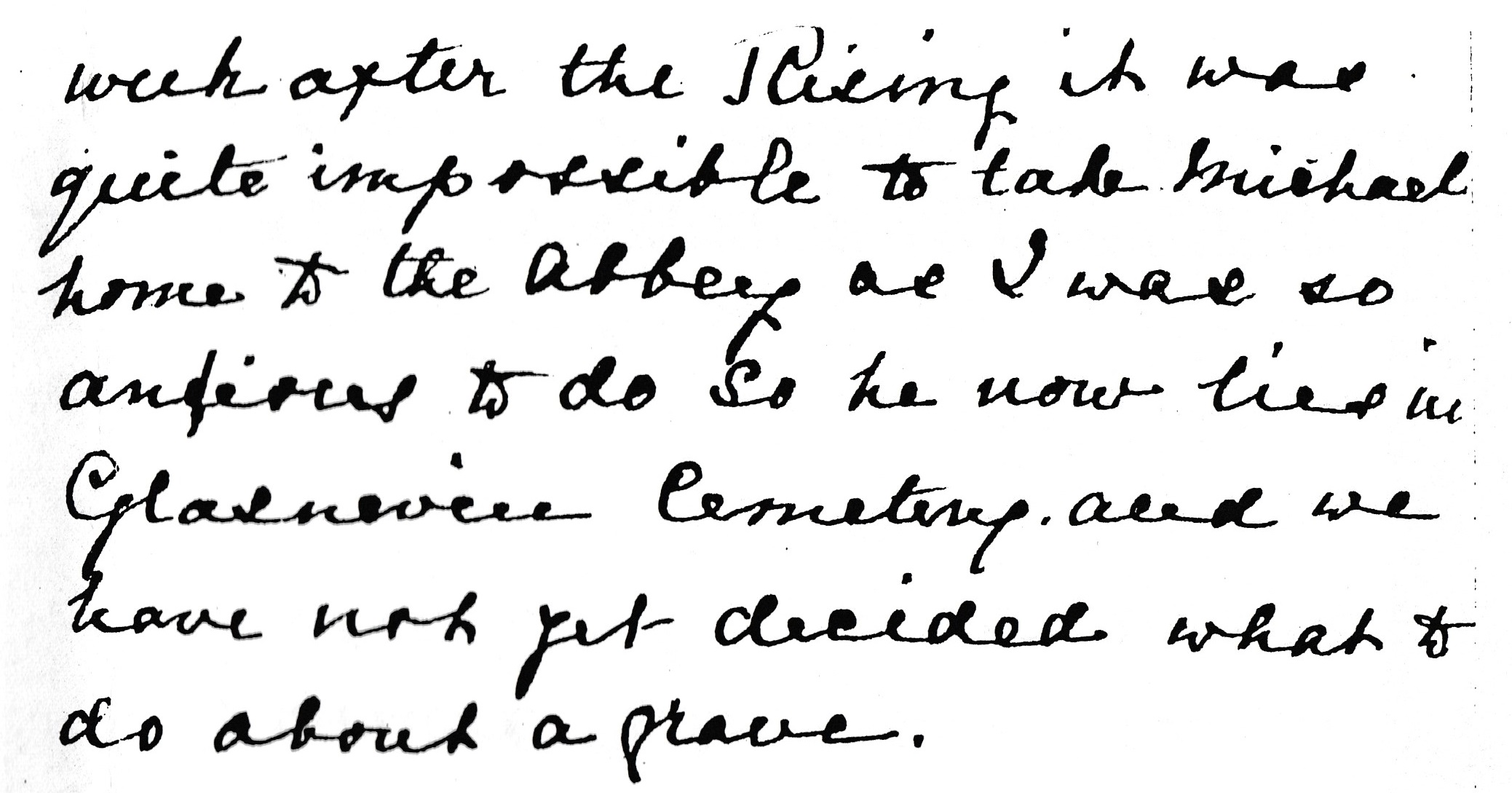 Sept 1916 letter from Nell says they wanted to bury him in Lislaughtin Abbey and Glasnevin was not their first choice.
See full size.

The song "The O'Rahilly Grave"

There is a strange song called "The O'Rahilly Grave". Author unknown.
The song seems to be about an imaginary version of The O'Rahilly. His grave is lonely? It has no monument? He fought with De Valera? Seven times he charged the British lines? They laid him down? His dying wish to rest near the Liffey? Shamrocks and a hawthorn bush? A stream and mountains?
The whole thing appears completely imaginary.