The Thomond motor car and My family tree 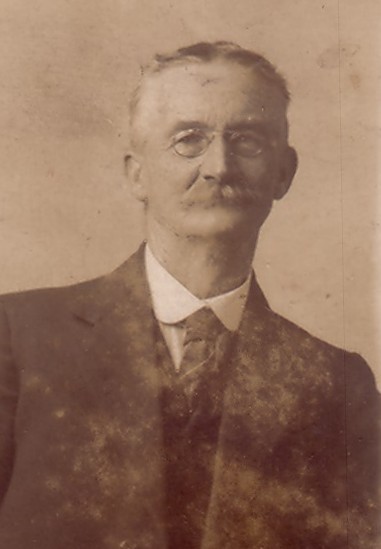 My probable connection with the World family tree.
Blennerhassett Cashel, probable descendant of Edward III. This all began in 1983, as research in motoring history, when I began to research a series of cars built by my grandfather and others in Ireland in the 1920s and 1930s: The "Thomond" motor car. This led on to researching My family tree in general. There was a vast amount of family history material to start with because so many of my family were involved in the Irish revolution of 1916-23. Family members were arrested, jailed, on hunger-strike, active in underground government, shot, and even killed. It is a cliché in Ireland that one's ancestors were in the GPO in the Rising in 1916 (similar to all the families in the US that claim to have been on the Mayflower), but my grandfather Dick Humphreys did fight in the GPO in 1916, and his uncle "The O'Rahilly", one of the leaders of the rebellion, was the only leader to be killed in action (the others were executed).

I could summarise my family as almost archetypal Catholics made good in the 19th century in Ireland - after the ending of the repressive laws against Catholics, when a vast body of Irish Catholics slowly began to work their way up from nothing through trade, farming and business, to form the middle class of the emerging state at the start of the 20th century. The O'Maras, O'Rahillys and Flanagans all rose like this over the course of the 19th century. Indeed, the writer Kate O'Brien used the O'Maras as the archetypal example of such a family. My great-great-grandfather Stephen O'Mara was a Parnellite MP. My great-grandfather James O'Mara, Home Rule MP, Sinn Fein TD, was a member of the 1st Dail in 1919, as was my grand-uncle W.T. Cosgrave, who became the first Prime Minister of an independent Ireland in 1922. His son Liam Cosgrave (my mother's first cousin) became Prime Minister of Ireland in 1973. 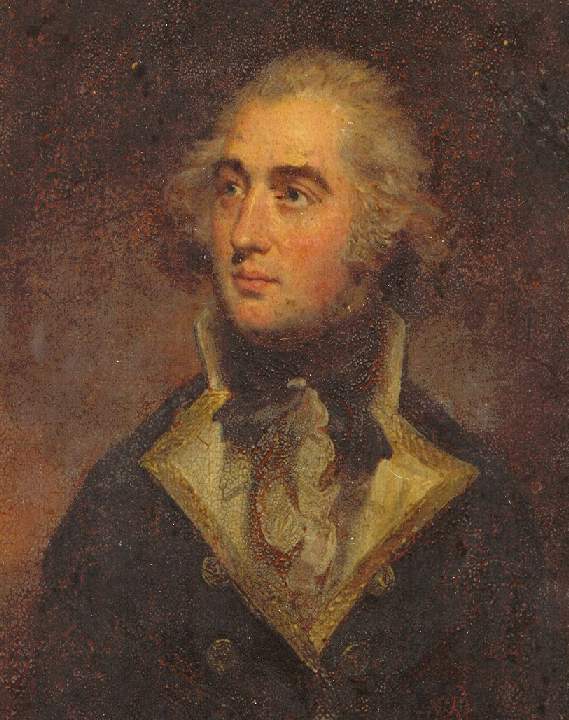 I never planned to research My wife's family tree as well, but it was too interesting to resist, and again, a lot of source material has survived which I could read. Her family descends from an impossibly romantic story: Augustus "Reebkomp", the illegitimate son of Henry Herbert, 10th Earl of Pembroke in England in the 18th century. Reebkomp was the product of an infamous elopement in 1762 that is referred to in the movie The Madness of King George. He grew up with his legitimate half-brother (the future 11th Earl), and money came out of the Earl's family for him and his descendants for almost a full hundred years. Through him, my wife descends from most of the great old Anglo-Irish families of the Pale of the last few hundred years, which is of particular interest to me.

Apart from the above, her family history can be summarised as merchants and traders in Scotland in the 17th and 18th centuries, who rose to the middle class there centuries before that was possible in Ireland. Indeed, through one line we see a slow descent from a great family, Skene of Skene, Aberdeenshire (as opposed to the sudden and spectacular descent of the illegitimate son above).

As you head further back of course, your lines either peter out (as mine do), or else you link up with quite literally millions of other people (as my wife's tree does). Through those gateway ancestors my wife gets a descent (indeed, a number of descents) from the medieval Royal House of England. In particular, the most recent monarch she descends from is Edward III. This is not actually that unusual. My most popular web page of all, and the one with most universal appeal, is my collection of Royal Descents of famous people, which shows how much of the population of the west descends provably from medieval European royalty.

Much of this earlier part of my website, such as my brief sketches of medieval royalty and other well-known families, is not original research, nor intended to be, but is merely a kind of extended Ancestors Chart for my wife and I.

I have made a few more general contributions to genealogy.

My most popular webpage is my collection of Royal Descents of famous people.

Most Recent Common Ancestor of all humans

My Royal Descents of famous people page seems to suggest that almost everyone in the West descends from Charlemagne. There has been a lot of further recent evidence (notably computer simulations) that this is true, i.e. that the most recent common ancestor of all of humanity (or at least all of the West) may be not in pre-history but actually in historical times.

This new theory is explained at my popular Common ancestors of all humans page.

See my article: Ryan Tubridy descends from Brian Boru. And so do you. Mark Humphrys, Irish Times, 1 Dec 2010.

My most useful original contributions - families of universal interest, that are done in detail - are: 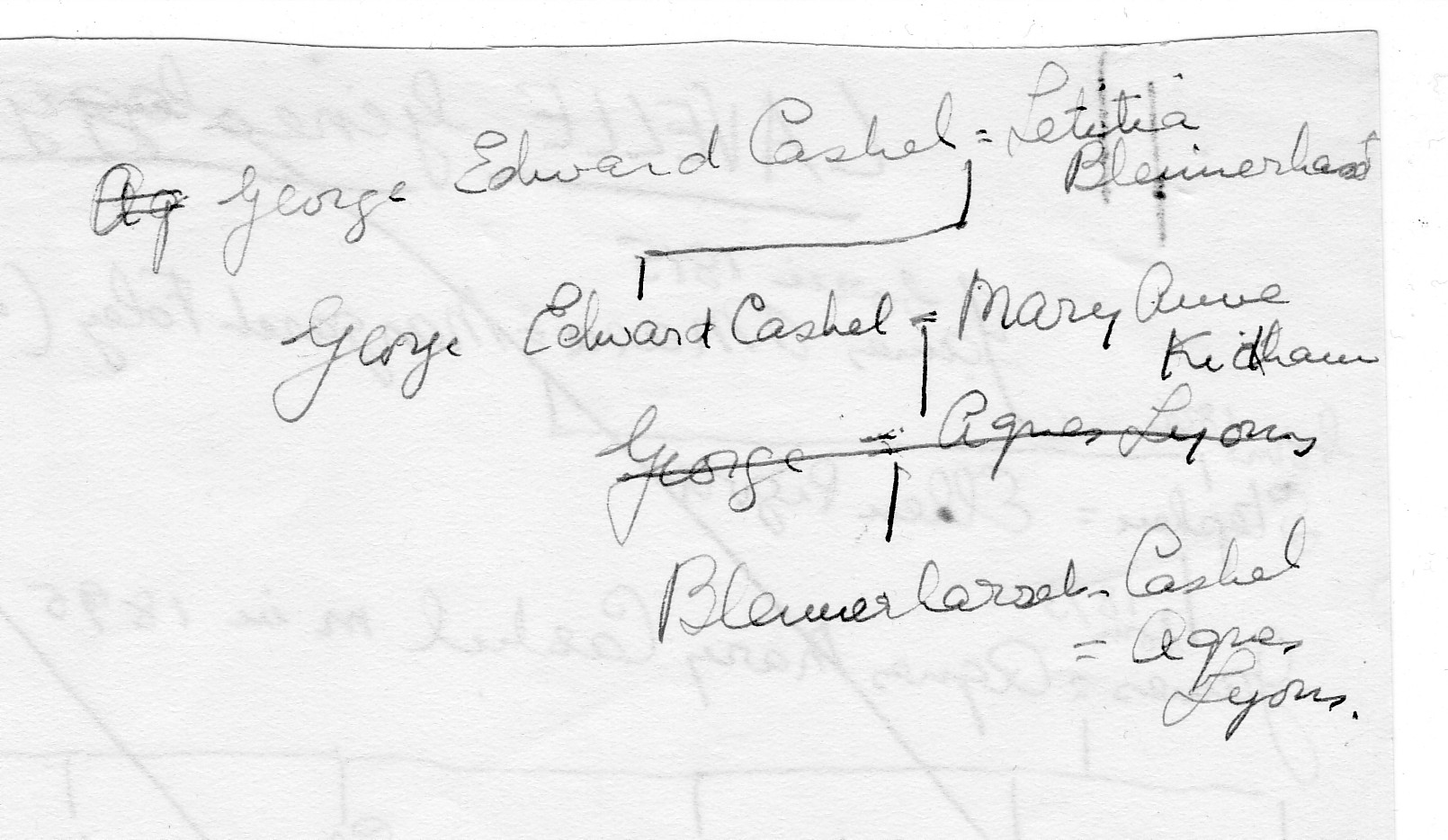 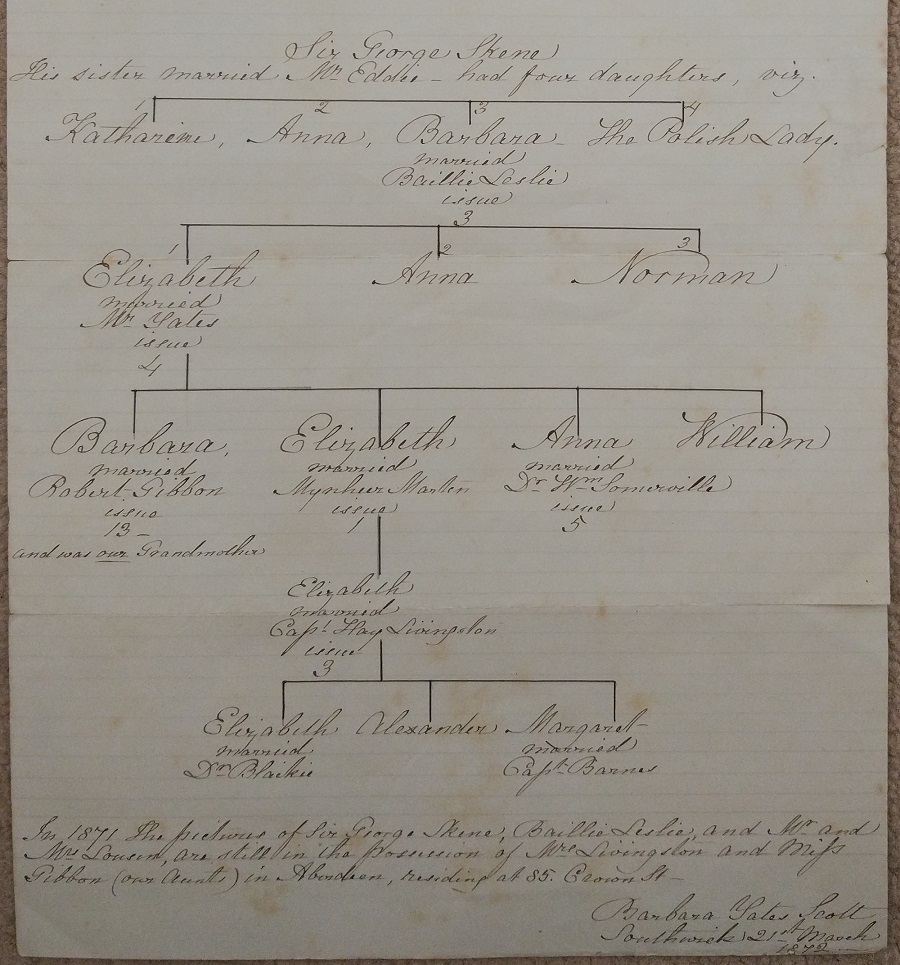 Sometimes things are easier. From this single sheet found in an old tin box could be reconstructed and corroborated a descent of one of my wife's ancestors from the great Scottish family of Skene, leading ultimately to a Royal Descent.

"I spent the whole evening reading over a parcel of my own letters, addressed to my sisters which they fancied worth preserving. What a strange creature is man, more strange still woman! I am as different to what I was 15 years ago, as I am now to an entire stranger. My letters must have been amusing at the time they were written but the subjects were so personal that now when time has shown me those persons in a different point of view, and changed the whole face of things, they appeared to me highly ridiculous, and my own compositions not worth reading again. I threw the whole bundle into the fire"
- Diary of Ann Gibbon, Sun 23rd Jan 1820.