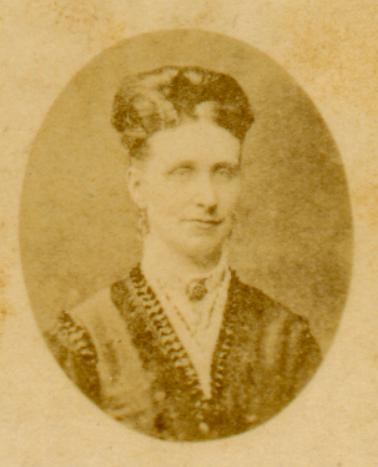 Kate Lynch.
See full size and back, which gives the identity.


Michael Spain,
bapt 25 Apr 1847.
High Sheriff of Limerick.
Family from near Nenagh, Co.Tipperary.
He moved to Limerick city and became merchant there.
He was living William St, Limerick, at mar 1875, listed as "draper".

Michael dies, 1900:
He died at his home, Crescent View, Limerick, Thur night, 6 Dec 1900, of "congestion of liver" [GROI], age 53.
See report in Limerick Chronicle, 8 Dec 1900. Votes of condolence passed by Limerick Corporation, and by the nationalist National League.
Funeral in Limerick, Sun 9 Dec 1900. Huge attendance, including John Daly, Mayor of Limerick and Thomas Cleeve, High Sheriff of Limerick and Michael Joyce, MP and many local politicians, and many people from Nenagh.
He was bur in Spain grave at Mount St. Lawrence cemetery, Limerick.
See funeral report in Limerick Chronicle, 11 Dec 1900.
In [P106/33] Kate on 15 Dec 1900 thanks Mrs and Miss Rahilly for their sympathy.

Andrew Lynch's will 1879 asks that the business be carried on by his wife and daughter and his son-in-law Michael Spain. 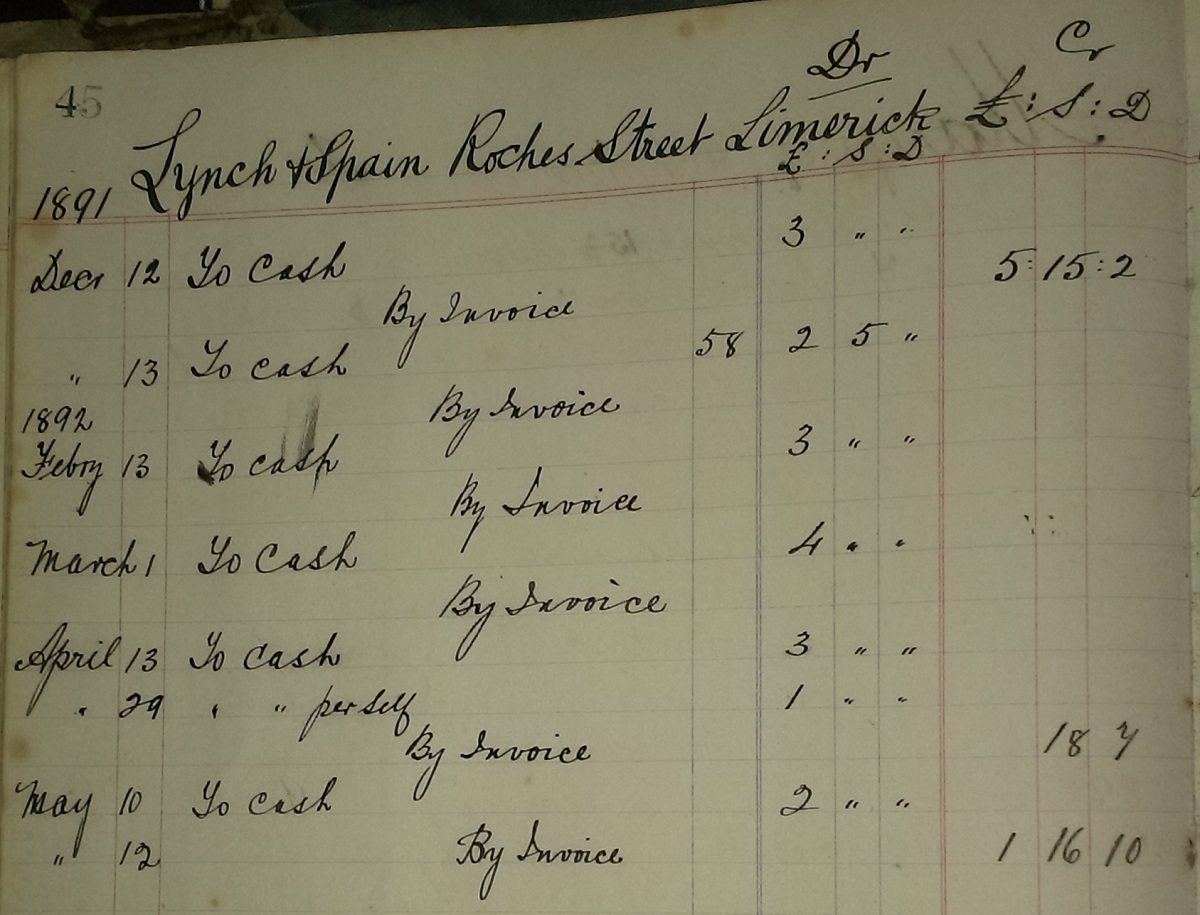 Lynch and Spain in 1891-92 in the ledger books of Tim O'Connor of Tarbert Island.
See larger and full page. 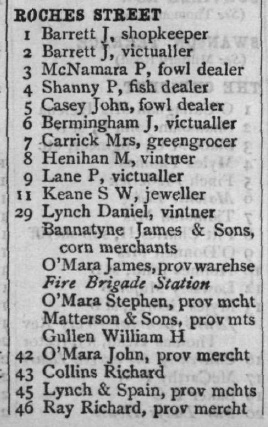 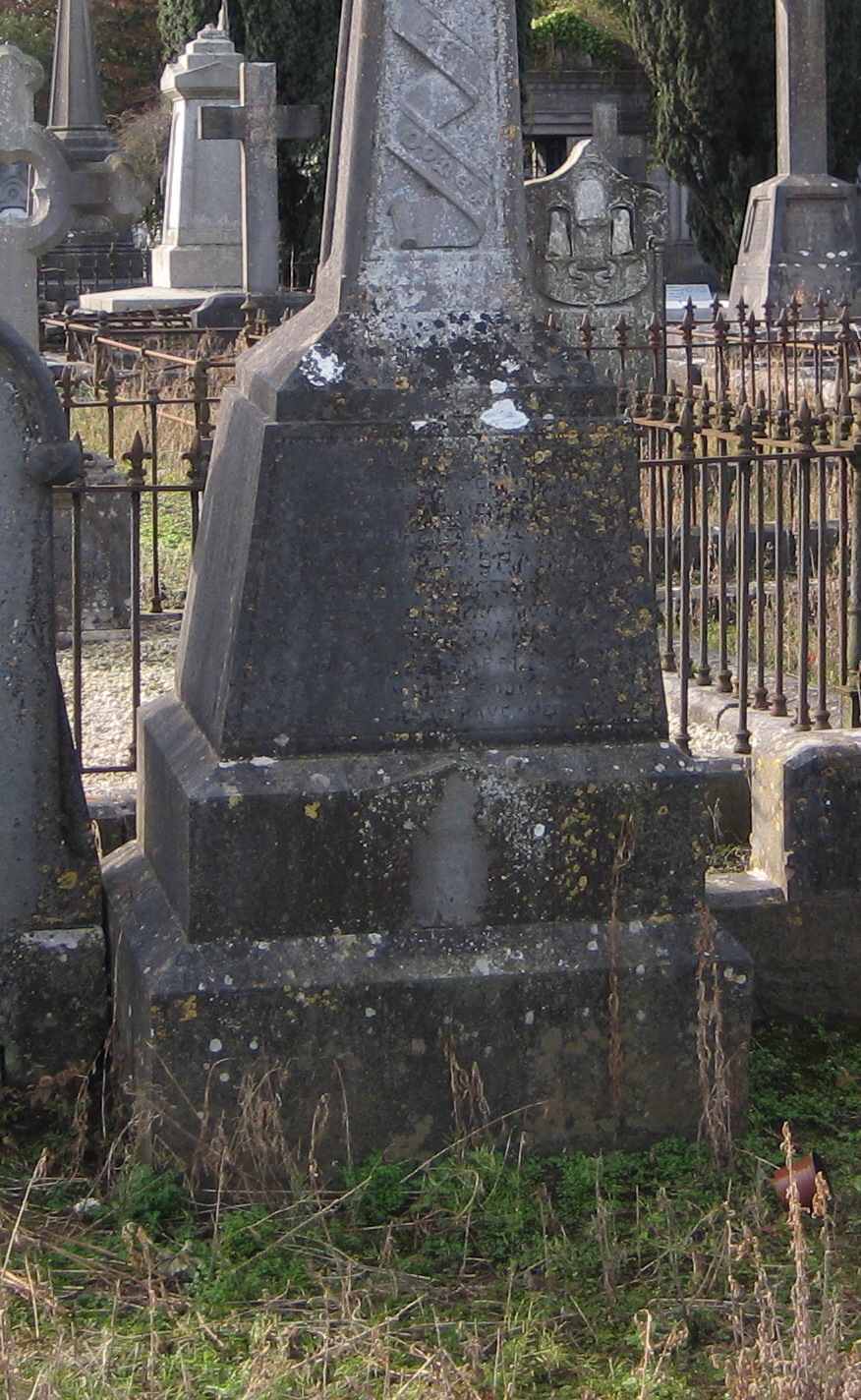