Sidney Herbert, 1st Baron Herbert of Lea,
younger son of the 11th Earl of Pembroke,
born 16 Sept 1810.
See thepeerage and genealogics.org and wikipedia and wikitree.
He was educ Harrow.
He was educ Oriel College, Oxford, 1829-32 (where Rev. George Montgomery had previously been).

He first went to Ireland to the family's new Irish estates in 1832 [Mount Merrion 300].
He spent much of his time in Mount Merrion or Wilton, while his half-brother the 12th Earl lived in Paris.
His initials "S.H." were on the iron gates which kept intruders from the "fruit garden" or orchard at Mount Merrion. They were still in place on the gates in the mid 20th century [Mount Merrion 300].
The great wrought iron gates in the rosewalk originally came from the Fitzwilliam house at Richmond, see [Wilkinson, 1925].
He contributed to the founding of the Catholic Sisters of Mercy convent beside Booterstown church in 1838.
He also contributed to the founding of Blackrock Catholic church 1842, see [Lyng, 2000].
He is remembered, along with the Duke of Leinster and others, as one of the few decent Irish landlords during the Famine.

Peelite politician.
Secretary of State for War 1845-46 (under Sir Robert Peel).
He mar 1846 to Elizabeth à Court-Repington [born 21 July 1822].
He met the pioneer nurse Florence Nightingale in 1847 and she became a friend of the family.
In 1850 he built St.John's church (Church of Ireland), Sandymount, Co.Dublin.

Secretary of State for War 1852-55.
He started the Crimean War (1853-56).
This was a war against the Russians, his mother's own people, and his mother and his uncle were alive to see it.
He sent his friend Florence Nightingale to the Crimea, and was a champion of her nursing reforms in the war hospitals.

The garden gates at Mount Merrion 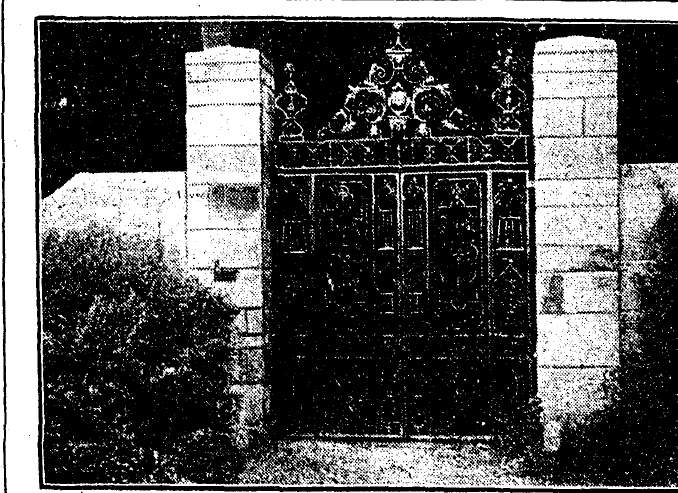 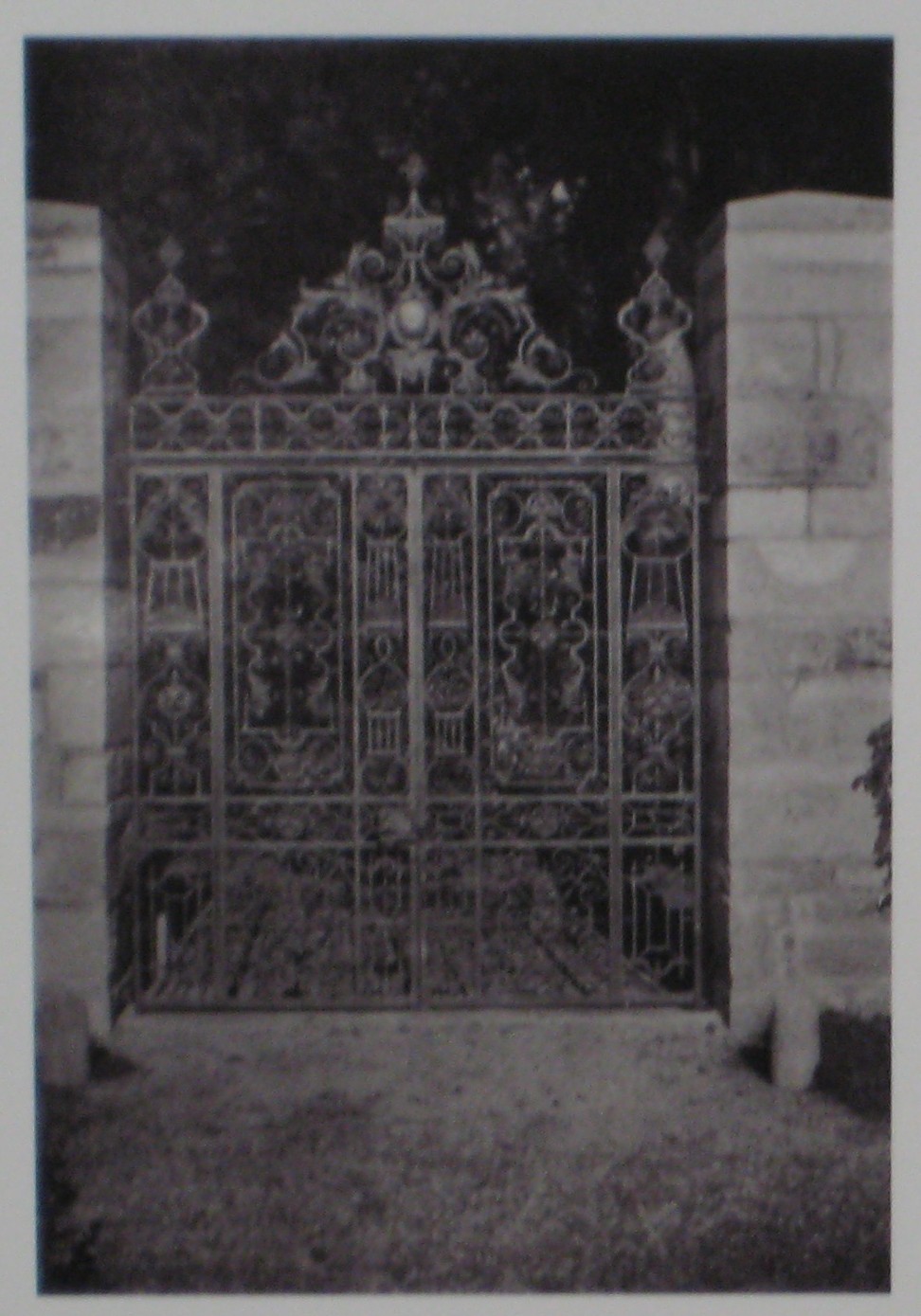