Michael McEllistrem.
On back is date 1929, though he looks too young for that to be date of photo.
See larger and full size.
Courtesy of Helen Bambury.

"Birdie" O'Rahilly in a letter of 1916 rather prematurely says that Michael McEllistrem is "dying". 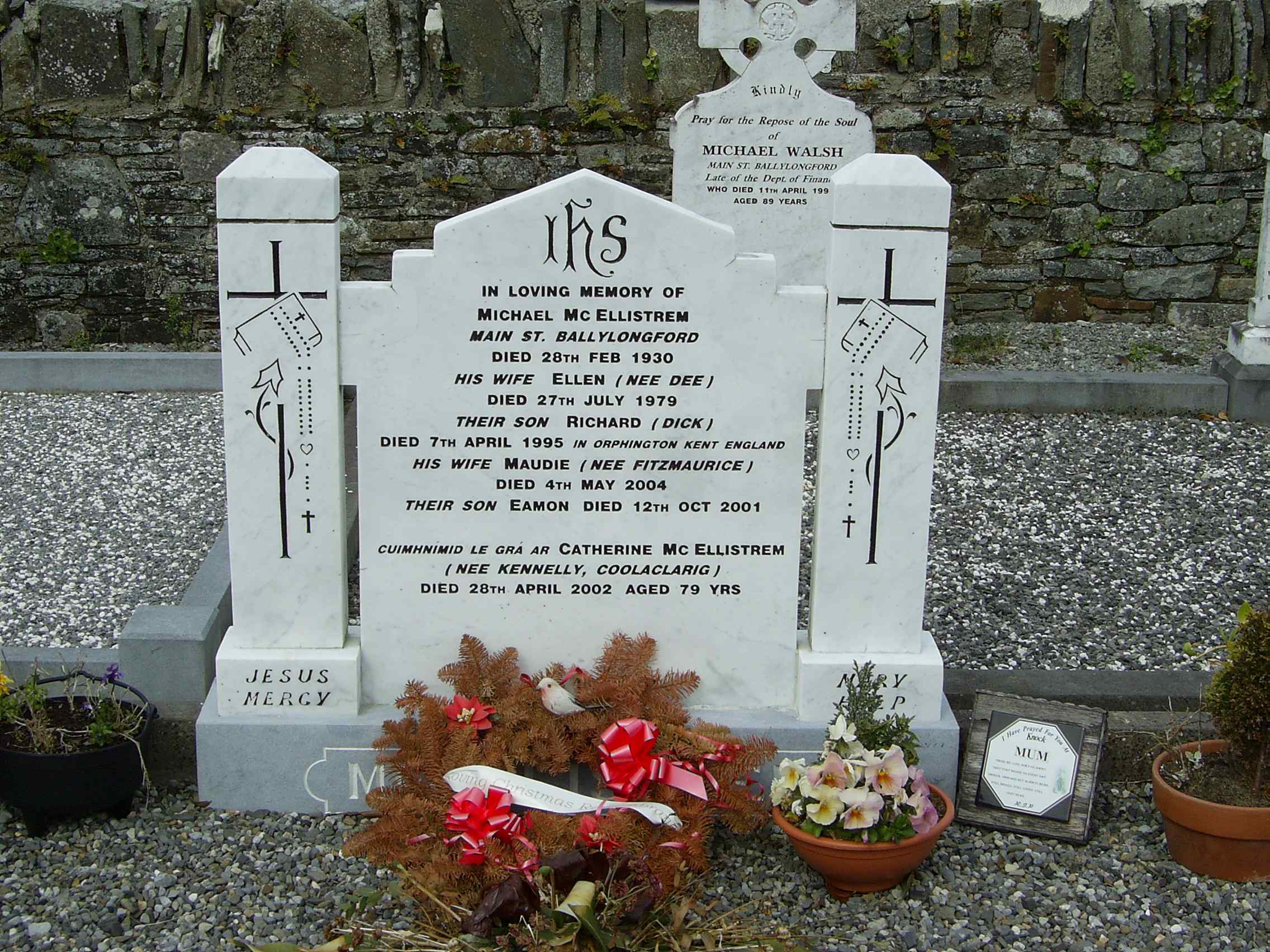