Thomas McEllistrem, born 1821.
The story is that he was going to be a priest in Killarney, and he was brought home to run the business after his sister Margaret eloped around 1836.
He ran the McEllistrem family business on Main St, Ballylongford, Co.Kerry.
It seems they had a shop in town and a farm outside it.
He mar est c.1850 to Alicia O'Donnell [bapt Alice, 11 April 1827 [Ballylongford RC par records], dau of Mark O'Donnell of Tarbert, Co.Kerry, by his wife Alice Harrold].
Mark (or Marcus) and Alice (or Alicia) became family names.
Alicia was a sister of Anne O'Donnell, companion of Margaret Rahilly.
For more on these O'Donnells see [P102/208(81)].

His 1st cousin Richard Rahilly has become the postmaster in [Slater's, 1881].
See larger.

Thomas McEllistrem in [Griffiths Valuation, 1851] holds plot 11 of Lislaughtin (36 acres), near the town.
This would be the family farm.
The dotted line is a new road being built.
Note the map above may not use same numbering as Griffiths Valuation: The plots in Lislaughtin on this map seem to match Griffiths for plots 1 to 11. For plots 12 on, the plot sizes seem different to Griffiths. So not totally sure the McEllistrem farm is plot 11 here.
From askaboutireland.ie.

Plot 11 on modern map.
Both sides of the road.
See street view where the red cross is. 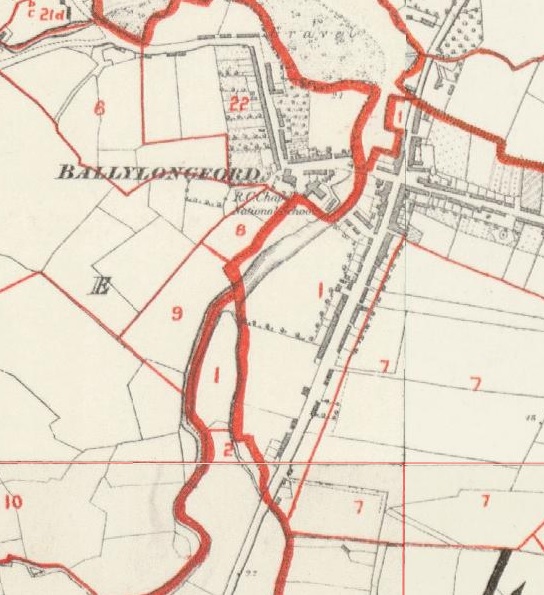 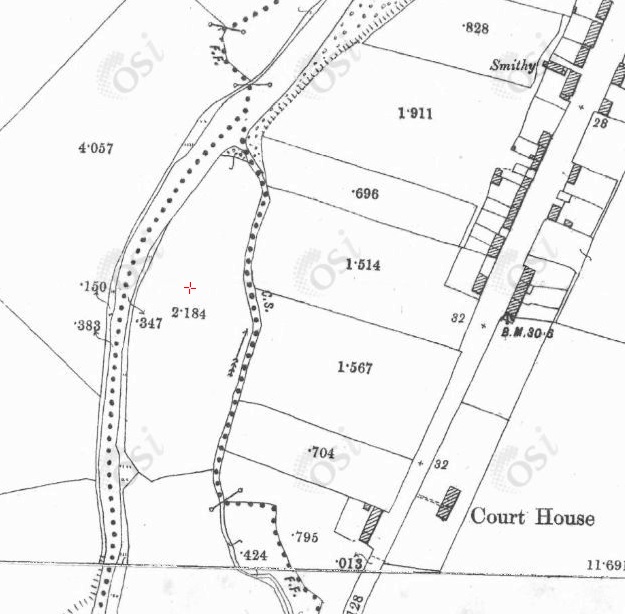