Letterhead on letter of 20 Jan 1909 from Michael Judge's office, 1 Crown Alley, Dublin.
The telegraph name is funny. Judge is of course "brehon" in Irish.

Norabrook (or Nora Brook, or Norah Brook, or Norahbrook), Howth Road (near junction of St.Lawrence Rd), Clontarf, Co.Dublin.
Home of Michael Judge.
It is now 119 Howth Road.
119 Howth Road became known as a symbol of the Celtic Tiger, because of ambitious plans in 2008-10 to demolish it and re-develop the site, just as the Irish property bubble was collapsing.

Video of the aborted proposed re-development in 2008-10.

It was then "The Liffey" pub.
It is now a pub and venue called "The Pint".
See street view.

28 Eden Quay listed as a hotel and tavern in [Post Office Directory of Dublin, 1843]. 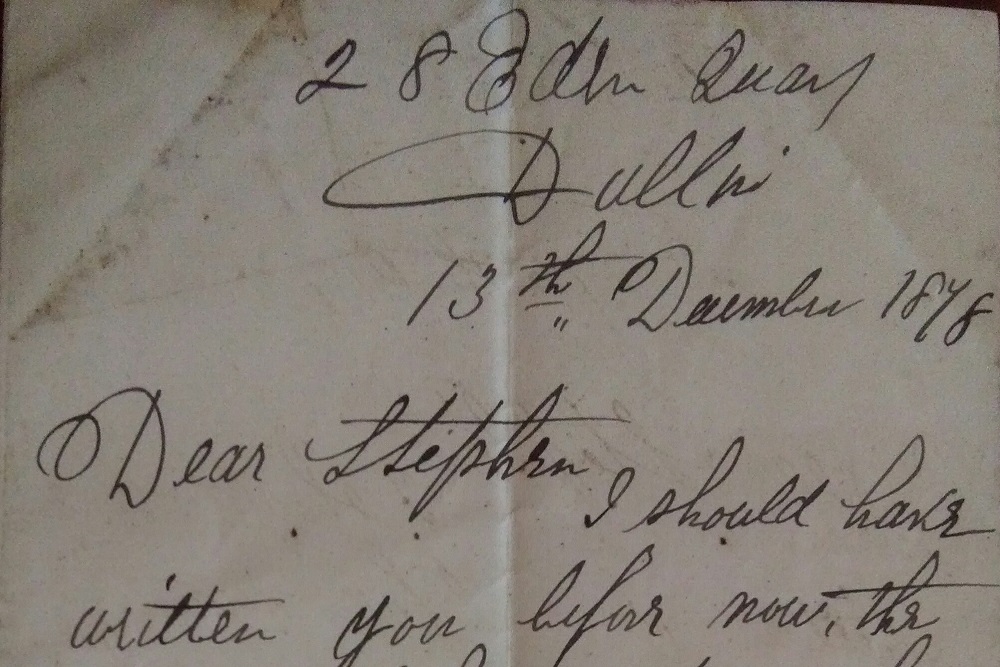