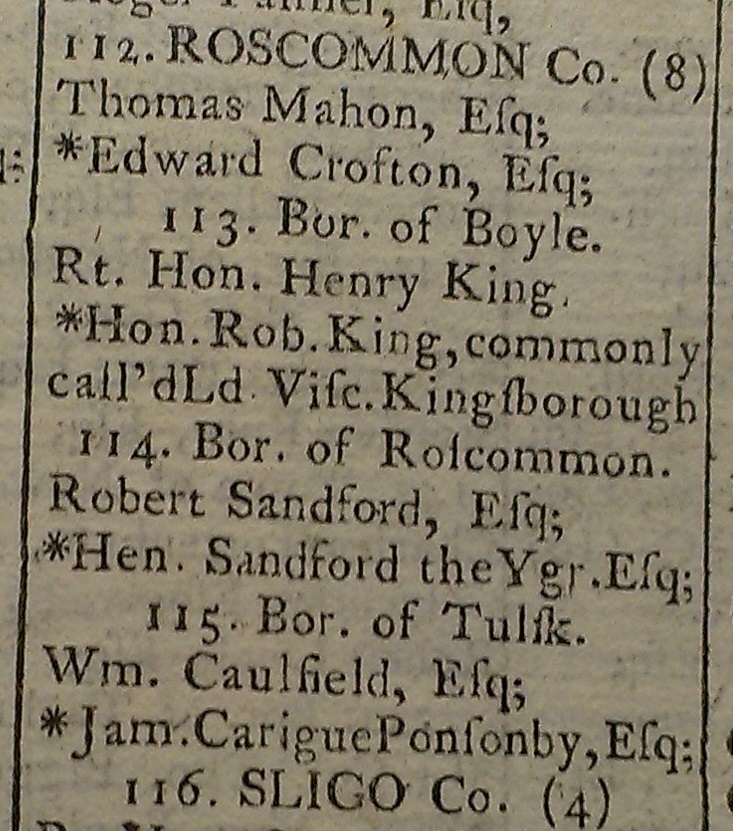 James Carrique Ponsonby, MP,
of Crotto, Co.Kerry,
born James Carrique, 1738.
He was educ TCD. Entered 1754, age 16. See entry in [TCD Alumni].
He (with his father) changed his name to Carrique Ponsonby in 1762.
He did NOT mar 1stly to Cookson. This is confusion with his brother-in-law Charles O'Hara (the younger).

James Carrique Ponsonby, MP for Tulsk, listed in [Dublin directory, 1783].
When in Dublin at the Irish House of Commons his residence was in Merrion Square.
See also photo.

Vault of Ponsonby of Crotto, Kilflynn Church of Ireland graveyard, Kilflynn, Co.Kerry.
See map and street view (note that the street view further down the road is out of synch).

Close-up of inscription on Ponsonby tomb.
Photo 2013. See larger and full size.
See other shot.
Bones are visible inside the vault through the hole. See 2016 photos of LHS inside and RHS inside.