Kate is listed in 1901 census at Duncaha House. She is "farmer", widow. They have 3 domestic servants. House has 10 rooms, 6 windows in front of house, 10 out-buildings. Biggest house in area.
She is listed in 1911 census as a widow, living with her son and dau in Quin St, Limerick. Under her occupation is written "Income Derived from Dividends, House and Land Property". They have one servant. 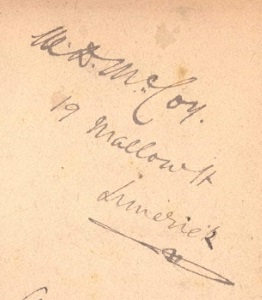