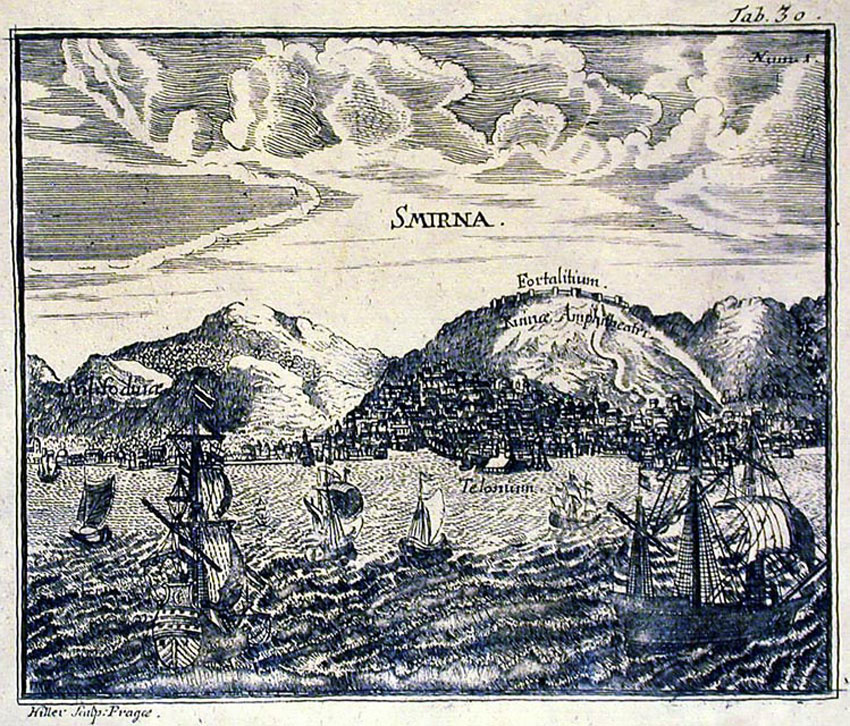 William Maltass,
born Ripon, N Yorkshire.
See entry on Wikitree.
He went in mid-18th century (pre-1763) to Smyrna, an important port in the western (Greek) part of what is now Turkey.
Many European merchants lived in Smyrna. See historical background.
He was a merchant in Smyrna.
Member of the Levant Company.
Perhaps it was the wool trade that brought him to Smyrna. The Levant was a major source of wool for the wool trade in Yorkshire (where Maltass came from).

He mar at Smyrna, pre-1763, to Marguerite Icard [born 30 Dec 1737].
He is described as "agent" for George Baldwin, who controlled the trade route to the East through Suez. Baldwin married his daughter.
William and Marguerite had issue:

Map of Smyrna in 1834.
From Levantine Heritage. Used with permission.
Shows Boudjah to the S.