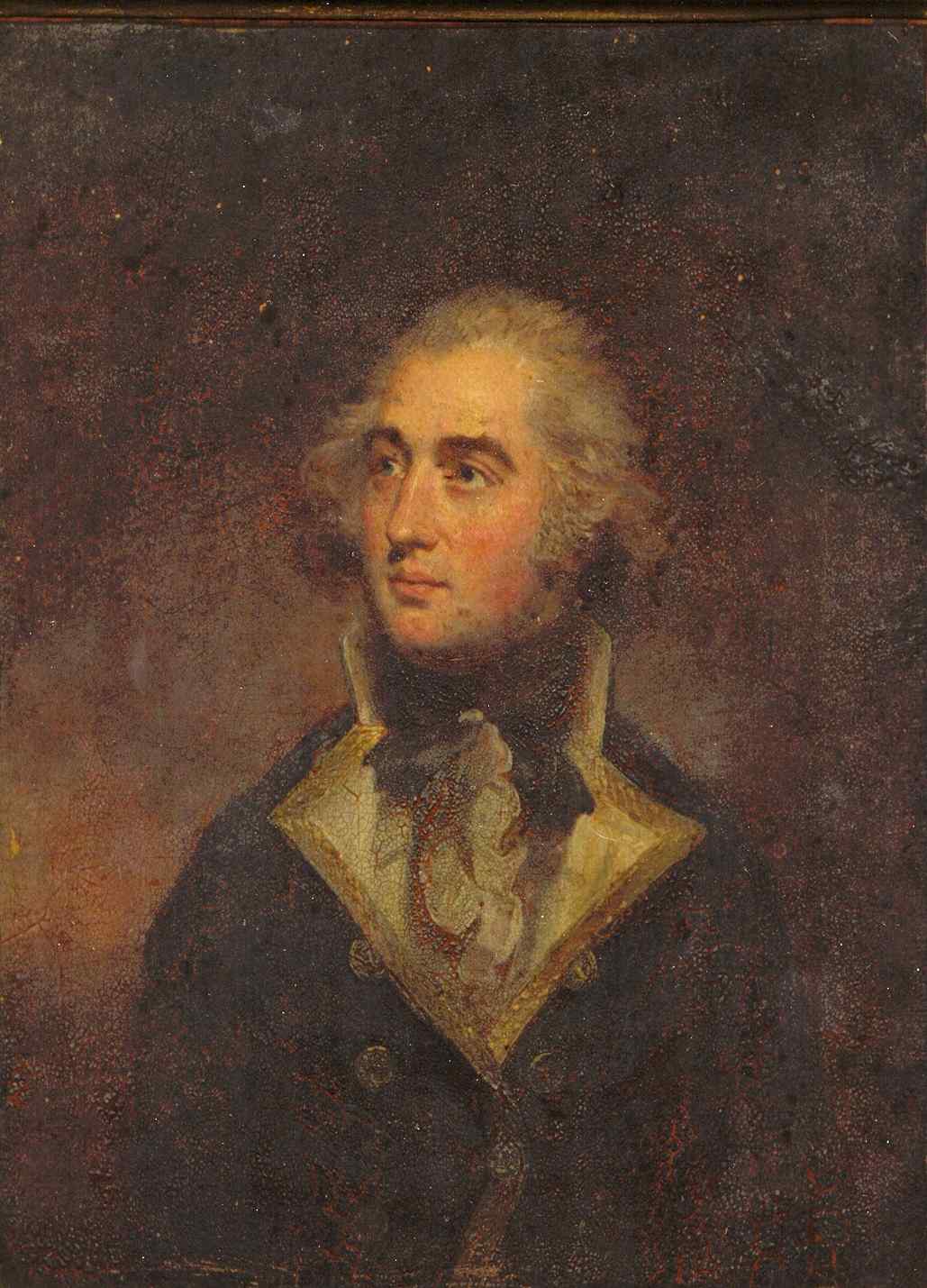 Illegitimate son of 10th Earl of Pembroke, born "Augustus Reebkomp":
Reebkomp was the illegitimate son of the 10th Earl of Pembroke.
See The elopement of the 10th Earl and Kitty Hunter.
It is about as well-documented an illegitimacy as you could imagine, and about as well-accepted by the legitimate family. Even Lady Pembroke generously welcomed him at their seat Wilton House (though she blocked his adoption of the surname Herbert).
He was liked especially by his half-brother George (the future 11th Earl), who had no other brother.
Money came out of the Herbert family for them for almost a full hundred years.
Think he grew up mainly at Wilton.
Not sure how much contact he had with his mother Kitty Hunter. The Earl of Pembroke paid her a pension. Presumably she did not visit Wilton. But they stayed in contact. Her new lover the (future) Earl of Bristol was Reebkomp's godfather, and her eventual husband Alured Clarke stayed in contact with Reebkomp (and with the Montgomery family, after Reebkomp's death).
He was educ Eton 1767 (age 4) to 1771. His older brother was sent to Harrow.
[Thomas, 2008] references research about the youngest ever boys at Eton, and says Reebkomp was "the youngest Etonian ever."

There was a story among his Gibbon descendants that he went on the Grand Tour with his half-brother the future 11th Earl. But [Pembroke Papers, vol.I] shows no sign of him on his brother's lengthy tour (which was in 1775-80).
The 11th Earl sat for a portrait by Greuze in Paris in 1780, and Reebkomp had a matching portrait of himself painted by Greuze. However [Pembroke Papers, vol.I] shows no sign of him in Paris with his brother in 1780. More likely it was painted after he went on leave in 1783.

[Pembroke Papers] says he joined Lady Pembroke at Nice in Nov 1783.
[Pembroke Papers] says that when out of the Navy, in 1783-88, Augustus spent his time between England and the Continent.
His half-brother the 11th Earl defends him against some worries by their father, in a letter of 3 Apr 1787: "he is going on very well, living a great deal in a circle of very good acquaintance, whom he likes, and who like him ... rejoice at his being a thorough worthy and pleasant being, which he most undoubtedly is." [Pembroke Papers, vol.2, p.346]

He mar Oct 1791, Smyrna, Turkey, to Susan Maltass [born est c.1774].
On 8 Jan 1793, he was appointed Captain of the Inconstant.
George would be conceived around Feb 1793. In Apr 1793, the Inconstant is listed as having left England.
The 11th Earl writes to his mother, 27 Aug 1793, saying that Reebkomp's marriage is not happy: "A Wasp's Nest there very likely is, but I fear she has been herself insupportable to him, and she is such an execrable fool, that I am inclined to fear there are but small hopes, and I have likewise heard enough to make me suspect that her conduct has not always been the most regular in any respect." [Pembroke Papers, vol.2, p.489]
However, Reebkomp in his will 1796 still refers to "my beloved wife Susan".

Augustus dies, 1797:
His will is dated 13 June 1796, written on board his ship the Theseus at sea. He says if his wife and children die he leaves his estate to his half-brother the 11th Earl.
Augustus died 6 Feb 1797, age 34 yrs, on board his ship the Theseus at Cawsand Bay, Plymouth.
There was apparently no fighting so he may have died of some illness.
See notice on p.173 of The Gentleman's Magazine, Feb 1797.
He was bur 16 Feb 1797 in churchyard of Stoke Damerel church, Plymouth. No monument erected to him there.
His will was proved (by 11th Earl) 11 Mar 1797, Prerogative Court of Canterbury.
There were family names Augustus, Augusta and Montgomery in the Gibbon family after him.

Wilton papers show that the 11th Earl took care of Reebkomp's children after his death. The children regularly visited, or even largely grew up at, the Earl's homes, Wilton House and Pembroke House.
Susan lived on for decades.
She went to live in France by 1818.
She had an affair as a middle-aged widow, and gave birth to a natural son in Paris in 1818.
See Susan's life after Augustus.
Augustus and Susan had issue:

Augustus Reebkomp as a young man.
This is a photo of a lost portrait, thought to be by Jean-Baptiste Greuze.
Maybe painted at the time Reebkomp went on leave from the navy in 1783.
This is one of the two Greuze portraits. This one was sold around WWI and is now missing.

The parish church of St.Andrew & St.Luke, Stoke Damerel, Stoke, city of Plymouth, Devon.
Augustus Montgomery was buried in the churchyard here in 1797. No monument.
This is at E end of Paradise Road, S end of Stoke.
See satellite view and street view.

Lost portraits and other things

Will of Arthur Augustus Gibbon (died 1907) mentions cutlery with the initials "A.M."
This would be Augustus Montgomery.
The will here says that it went to Florence Gibbon (died 1949).

There was a large gold chronometer watch made by John Arnold given to Reebkomp by his father the 10th Earl of Pembroke.

Reebkomp's will refers to "the gold repeating time keeper by Arnold left me by my father".

Reebkomp's will mentions a grant of a coat of arms from the Herald's Office "by which my father the Earl of Pembroke acknowledges me as his son".

"I am glad Lord P. [Pembroke] provided well for them [George and Elizabeth] and he was obviously very fond of them."
[Letter from 16th Earl of Pembroke, 1960] after making contact with the Gibbon descendants of Elizabeth Montgomery.
The 10th Earl died after George was born but before Elizabeth existed.
It was the 11th Earl who really provided for them.