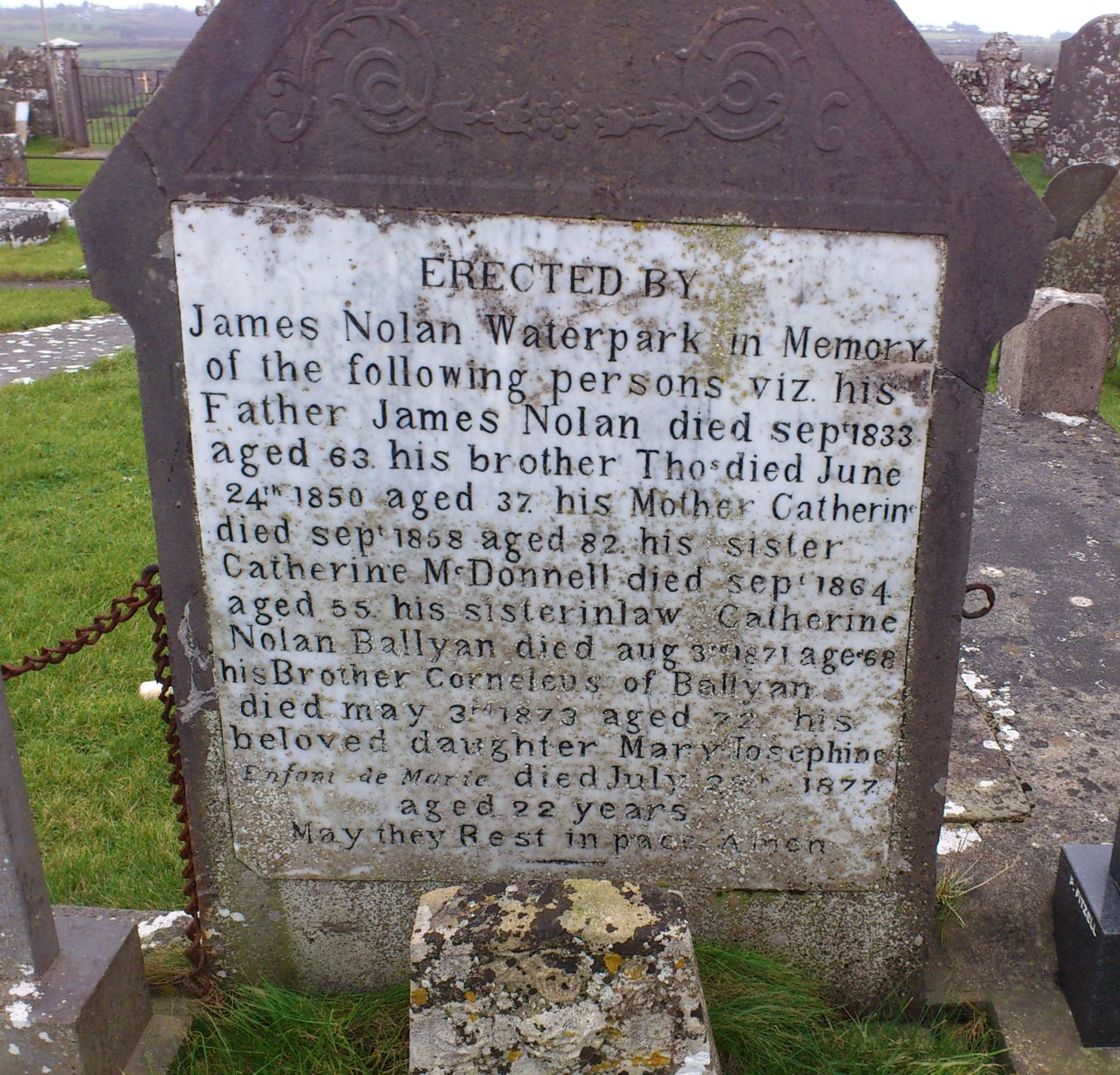 Cornelius Nolan,
born 1800 or 1801.
He mar pre-1825 to Catherine McMahon [born 1803].
He was a farmer. Lived Ballyane House, Ballyane, Co.Limerick (just W of Waterpark).
[Jim Nolan tree] says "Con went to Ballyann when he married".
[Jim Nolan tree] has a date "1834" for them, but it is unclear what this date could be.
"Conr. Nolan" is listed at Ballyane House in [Tithe Survey, 1833]. He is occupying a large titheable holding of 80 acres (the largest plot in the townland) and a further untitheable holding of 1 acre.
"Cornelius Nolan" is listed in [Griffiths Valuation, 1852] as holding plot no.2 (Ballyane House) in Ballyane, 91 acres. He is renting from John C. White. The plot has some small buildings which he rents out. Ballyane House is the largest plot in the townland, and the largest house in the townland.

Dr. Cornelius Nolan, in the dispute of the will of his aunt, said that his parents had 23 children.
Among the daughters are:

Fitzgerald graves, Mount St. Lawrence cemetery, Limerick.
Their location is against back wall, on the LHS. 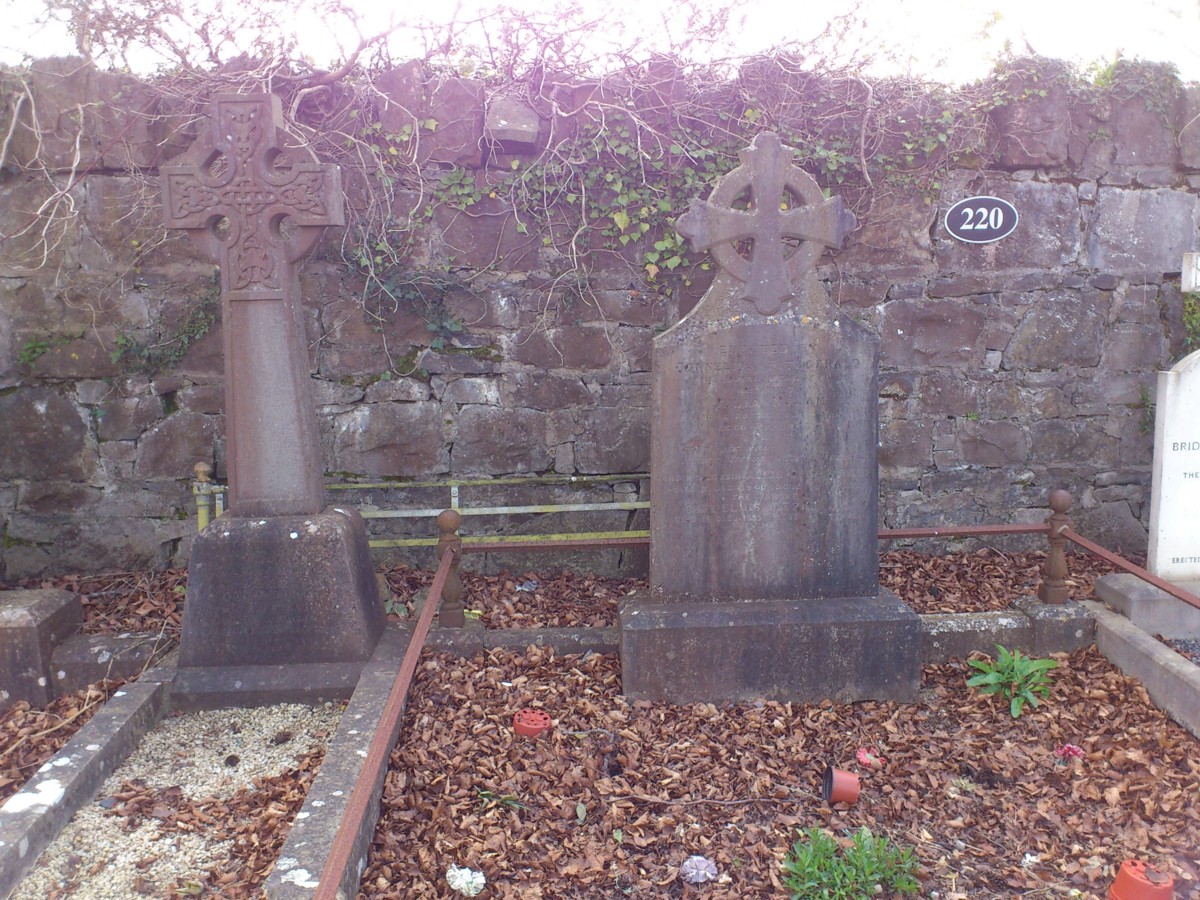 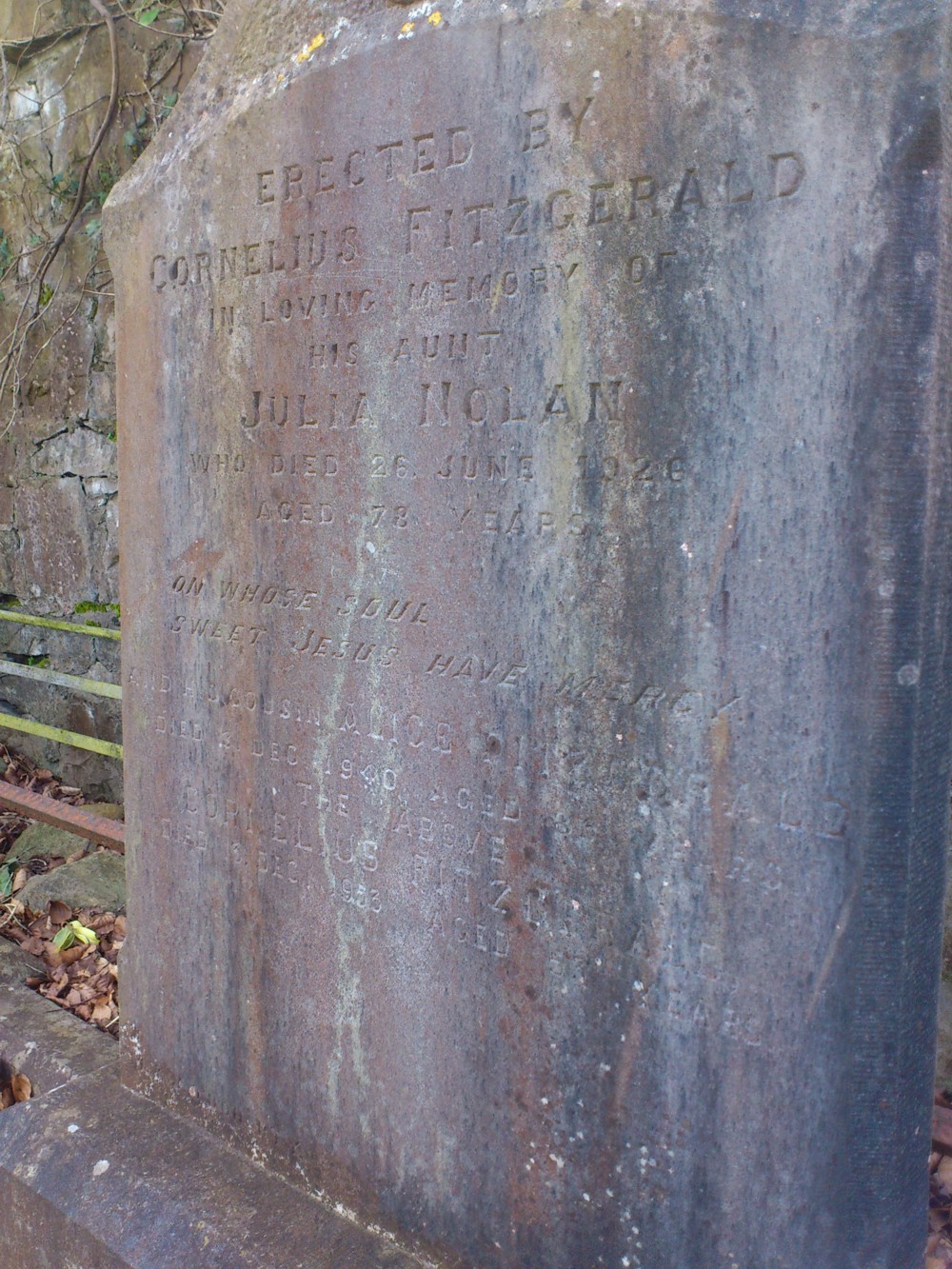