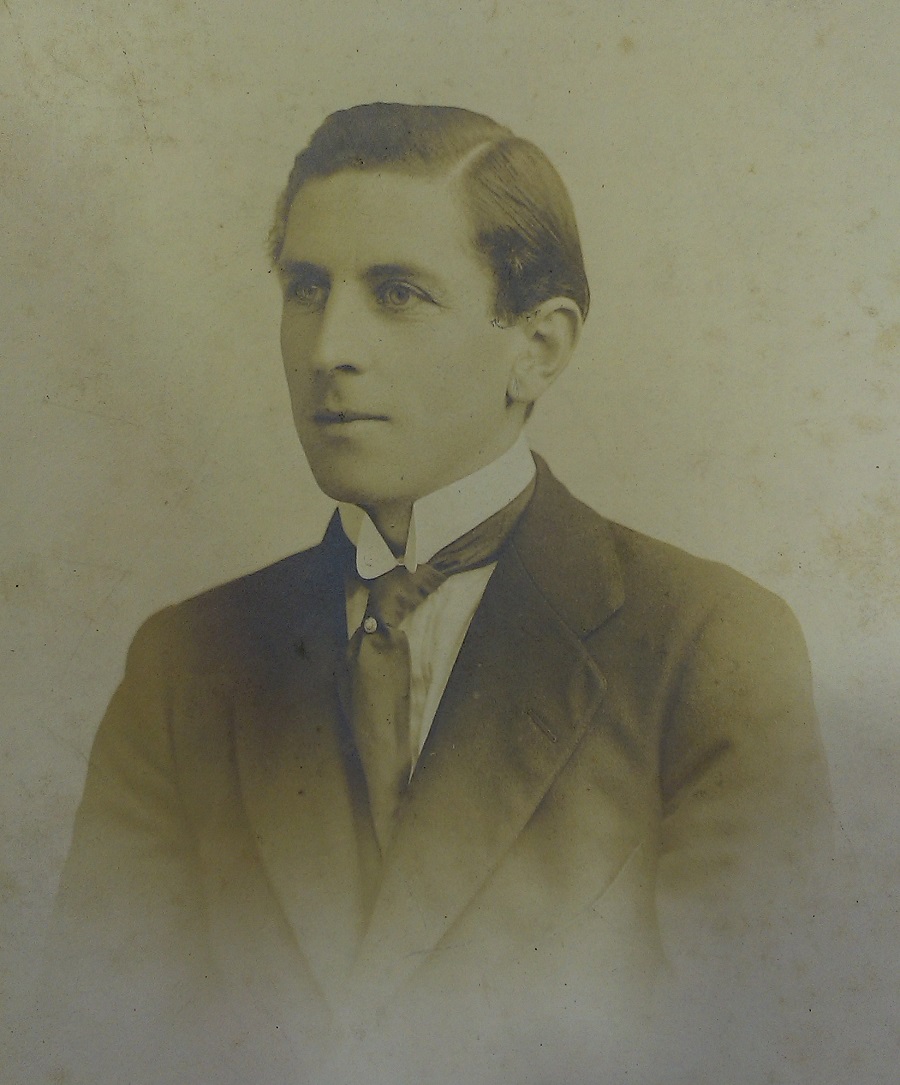 Stephen O'Mara (see here),
Stephen Mary O'Mara,
of Strand House, Limerick (his father's house),
born Jan 1884.
He was educ Christian Brothers, and Clongowes.
He is not at home in census 1901, must be at boarding school.
He went to USA for a time. He wrote from 134 Ash St, Ottumwa, Iowa, to his brother Fr. Paddy in Feb and June 1904. See letters in J/552/59. He says he is lonely in America. He doesn't get on with the men at work. He got into a physical fight at work.
Listed at Strand House with father in census 1911, listed as "Director" of bacon factory.
Went to Connie von Trapp's wedding, Austria, 1914.

His biography in [Thom's Irish Who's Who, 1923] describes him as an "Alderman", and as "Managing Director" of "O'Mara, Ltd., Bacon Curers", living Strand House.
Strong supporter of Fianna Fail (founded 1926).

Stephen and Nancy had no children, decided to adopt.
Nancy was in London for medical treatment in Mar 1927. Stephen went home. She stayed for a while (her sisters were there) and visited adoption agency in London. Saw little boy (Peter, born Sept 1925), he ran over to her.
They adopted him. They baptised him on 19 March 1927.
They lived Strand House.

Stephen demolished Strand House c.1943. He said it was impossible to heat. His sister Mary was furious with him for demolishing it.
He built a second "Strand House" at the site in 1943 and lived there until his death. (This house is also now gone.)
Aodogán O'Rahilly remembered him sitting on the University Committee c.1957/58.
1958 article describes him as Chairman of O'Mara Bacon Factory.
Obituary describes him as Chairman of O'Mara Ltd and of the Claremorris and Donegal Bacon Companies.
Appointed to Council of State by President Eamon de Valera Oct 1959. 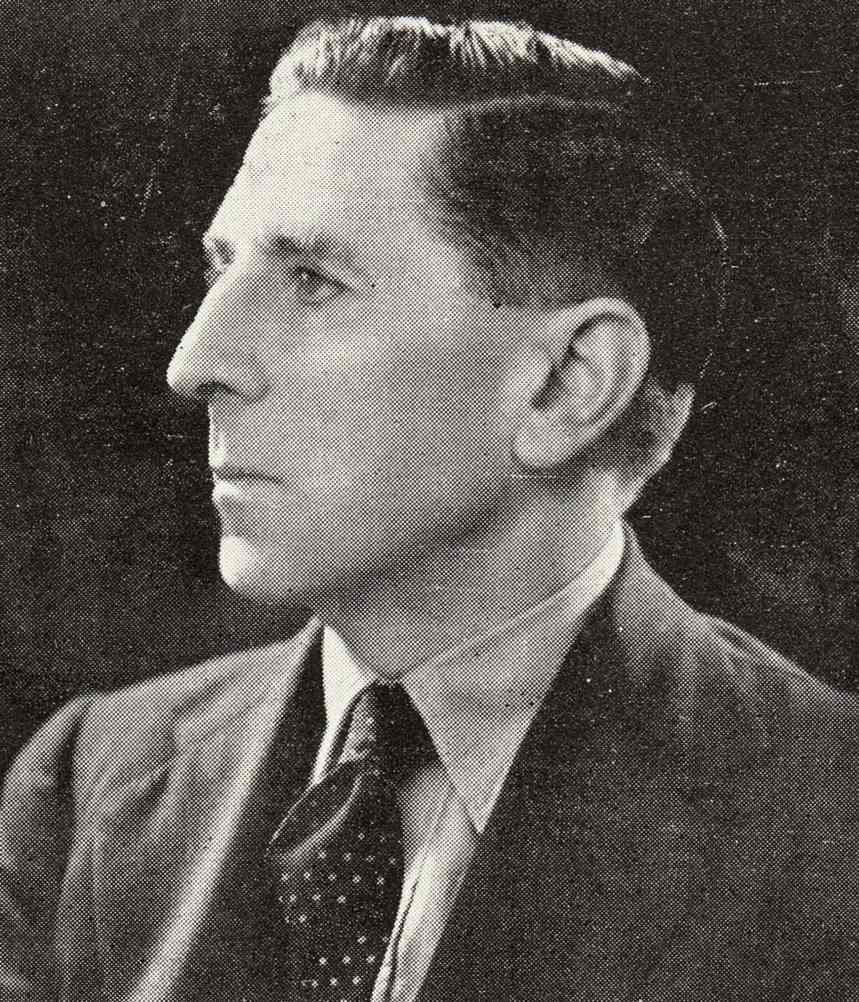 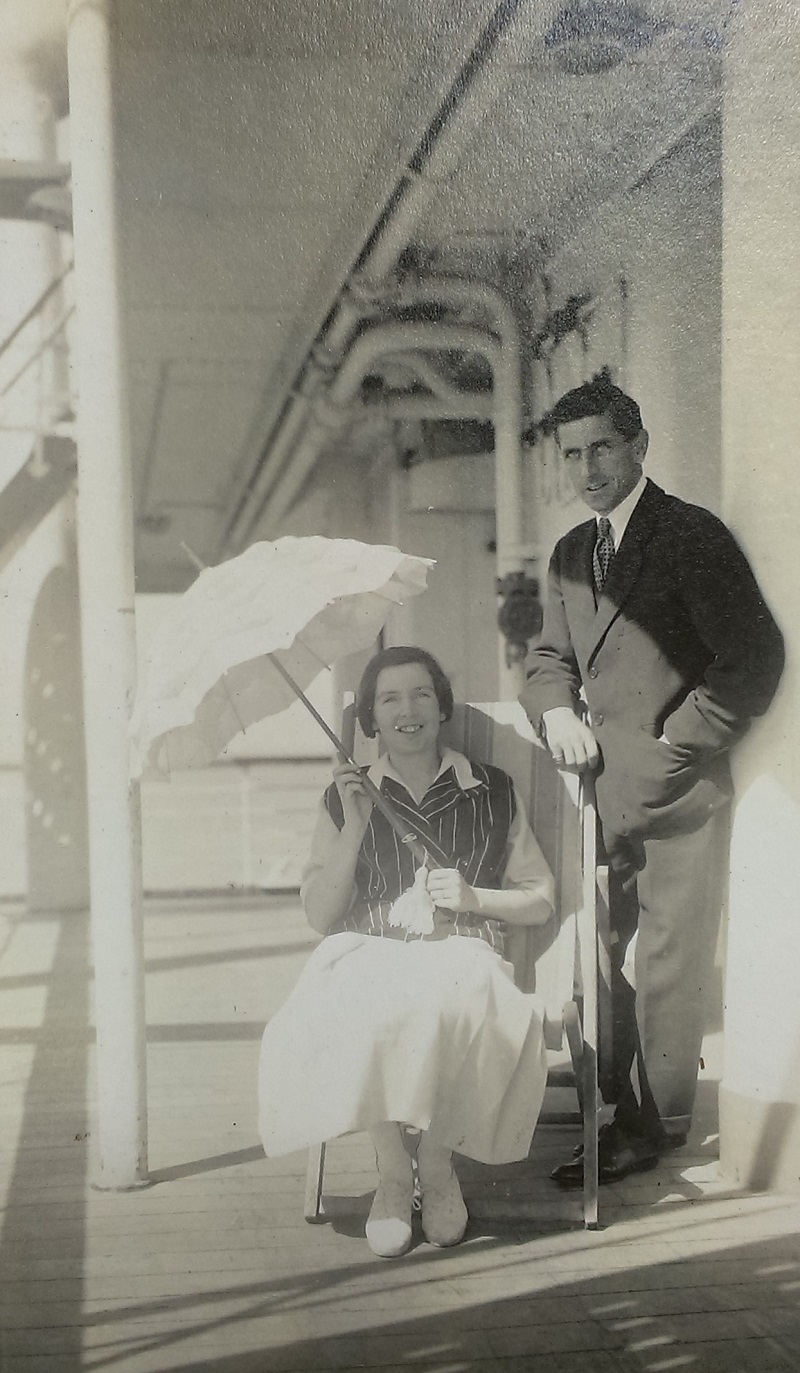 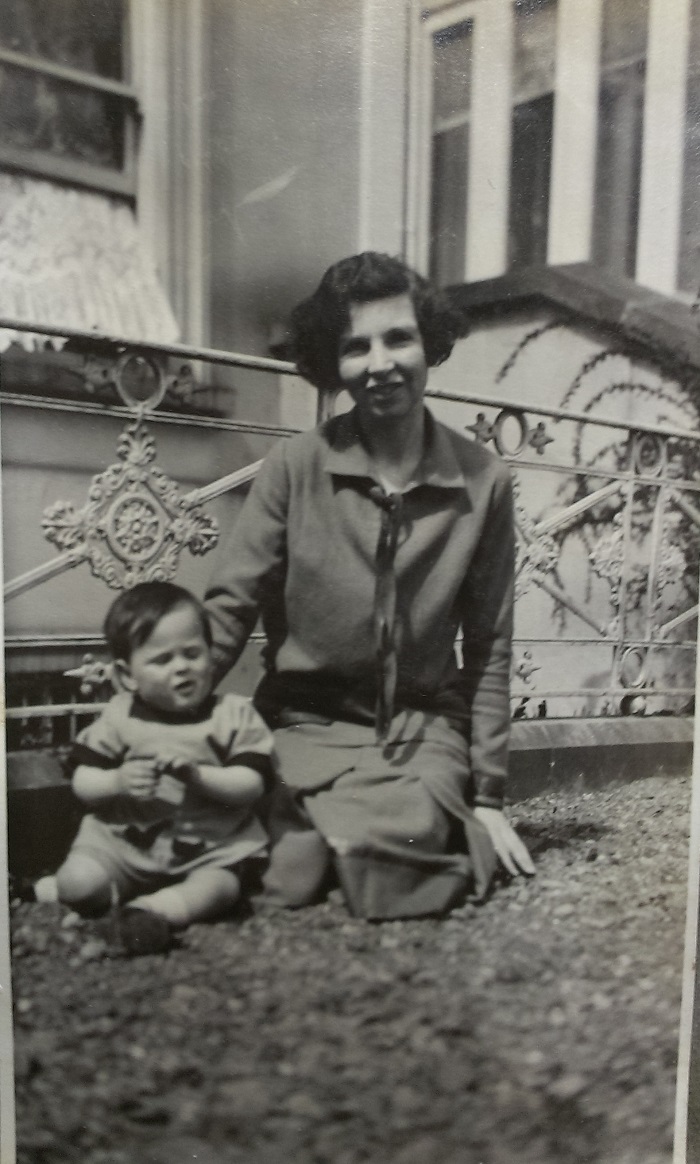 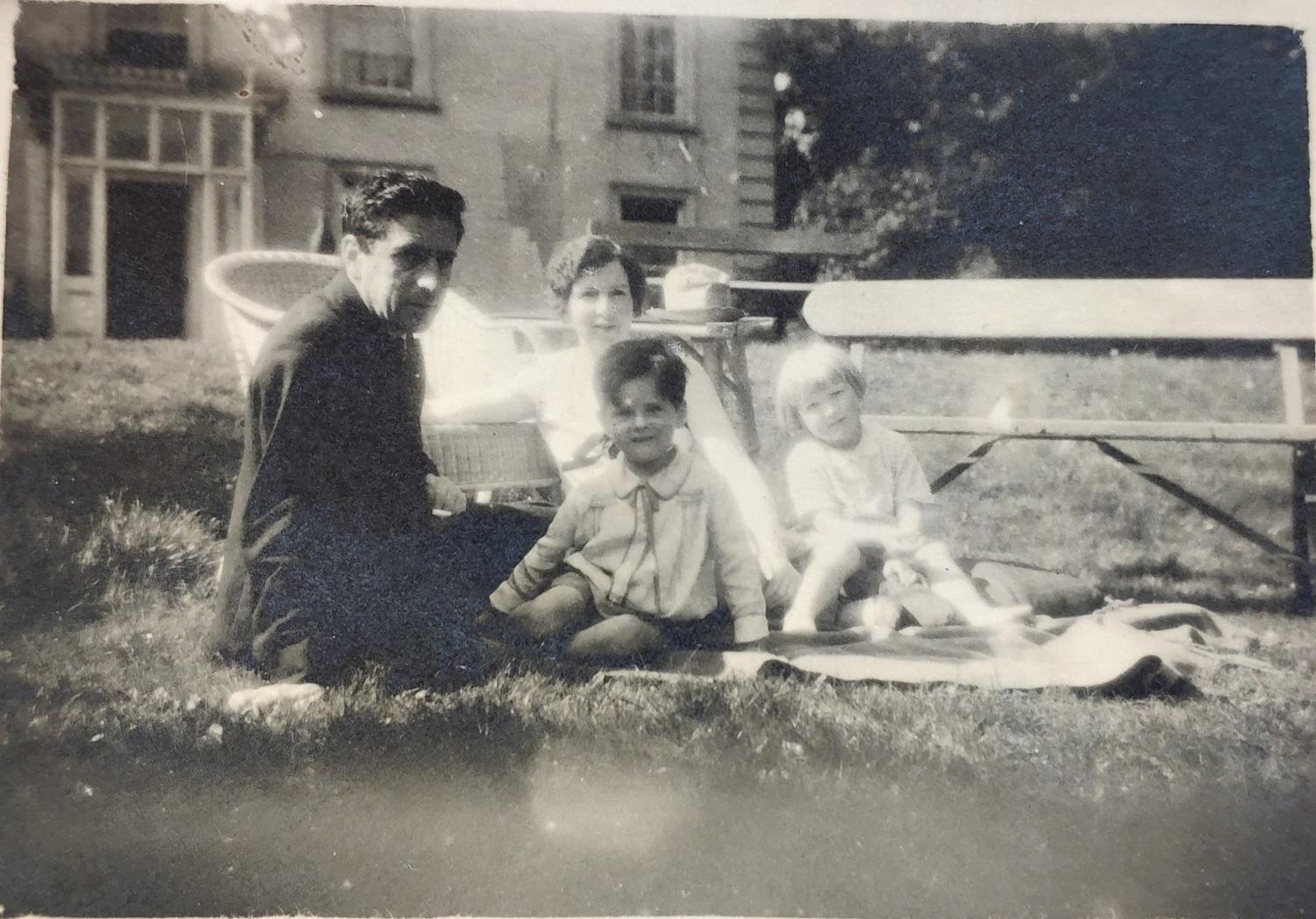 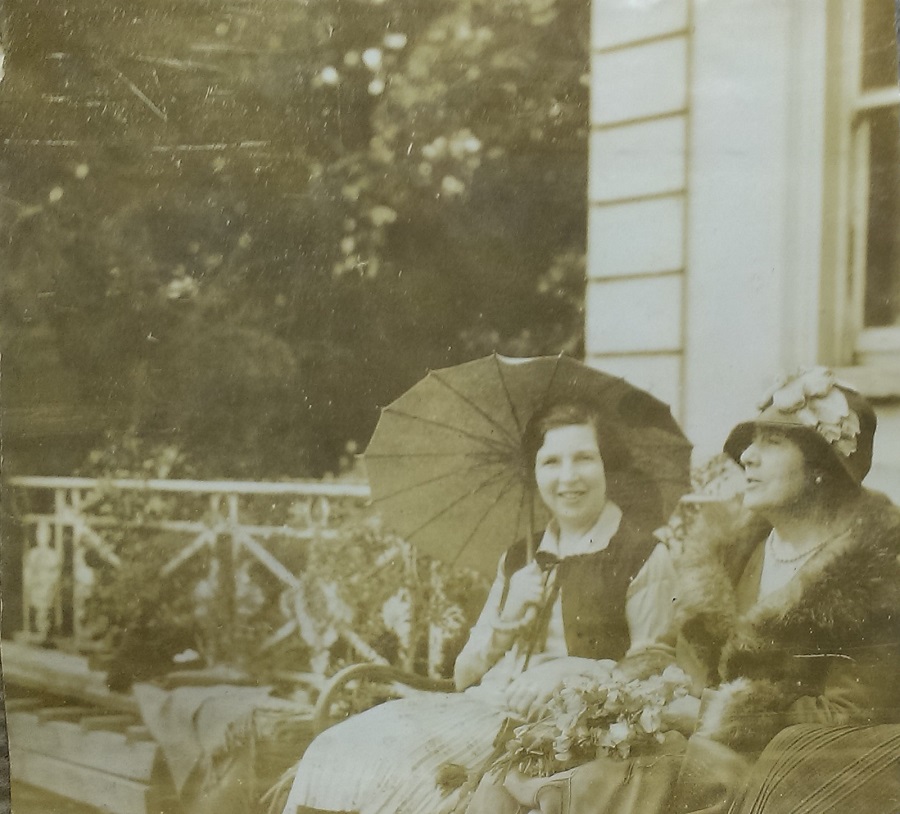 Nancy O'Brien and Mary Rynne. At front of Strand House.
See larger and full size.
From [P40/912]. Used with permission of [UL Archives].

Sources yet to be fully consulted