James Humphrys, "The Squire", of Glenstal

James Humphrys, "The Squire" (see here),
born 1805, Glenstal, Co.Limerick.
[Dick, 1939] said he went to a hedge school.
He became a prosperous tenant farmer in Glenstal, Co.Limerick, renting from Barrington.
Listed as "James Humphrys, Murroe" at marriage.
He married a girl from Newross, Co.Tipperary, near Doonane where his own family had recently come from.
He mar 1841 to Margaret Ryan [bapt 19th Sept 1819].

"James Humphrys (John)" (i.e. son of John) is listed in [Griffiths Valuation, 1851] as occupying 127 acres (with a reasonable size house) in Glenstal townland, leasing from Sir Matthew Barrington, 2nd Baronet. He also rents out one small plot. Humphrys has the largest plot of any tenant in Glenstal townland. It is not the biggest house in the townland though. Barrington owned Glenstal townland. Humphrys leased their land but did not own it outright.
"James Humphrys" sp the bapt of his nephew Michael Ryan 1855.
He bought Bohergar, Boher, Co.Limerick, in 1856 for £900, from George Wilkinson.
Bohergar would later be farmed by his eldest son John.
The old Humphrys lease of Glenstal [Deed, 1782] apparently expired after 80 years in 1862. It is referred to in [Affidavit, 1862].

at Glenstal in [Census, 1901]. Spelt "Humphrys". Margaret is head of household, listed as farmer's widow. Tim and his family are living with her, and two servants.
Glenstal listed in 1901 census as having 7 rooms, 9 windows in front of house, with 6 out-buildings - 1 stable, 1 cow house, 1 calf house, 1 piggery, 1 barn and 1 shed.
Margaret was the only grandparent Dick and Sighle knew.
Sighle said her grandmother was an "extraordinary woman", very austere, religious, her mind fixed on the next world. She had a harsh way, didn't care about making the house nice, "she would have been quite happy if all her sons were priests". Sighle said the Humphrys family was very spiritual, no attachment to things of this world, boys brought up very spartan.

Margaret dies, 1909:
She died Sat 6 Feb 1909, Glenstal, age 89 yrs [GROI].
See death notice in Limerick Chronicle, Sat 6 Feb 1909.
She was bur Mon 8 Feb, Abington, Co.Limerick.
Spelt "Humphreys" in death notice, but "Humphrys" in [GROI].
There was a vote of sympathy at meeting of Limerick Guardians, "Mr. Hayes seconded the motion, and said he was sure the loss of Mrs. Humphries must have been felt very much in the neighbourhood, because she was an exceptionally good woman" [Limerick Leader, Wed 10th Feb 1909].
James and Margaret had issue:

Does a photo of James Humphrys or Margaret Ryan exist? 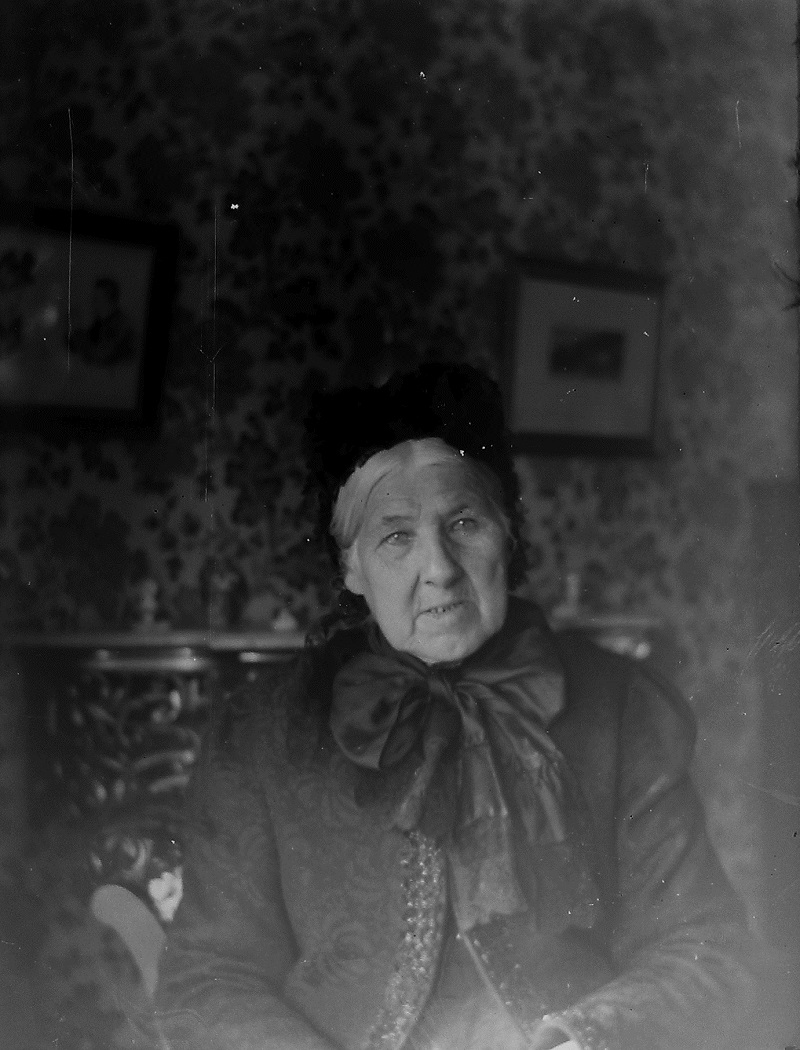 Elderly lady found in Humphreys photos at Quinsborough c.1902.
Could this be the children's grandmother Margaret Ryan?
Eibhlín thought this was Margaret Ryan.
[P106/507] includes this in a group of pictures of "former employees" of the Humphreys and Rahilly families. But she seems a bit well dressed for that.
Also, Margaret Ryan lived until 1909. Surely she visited Quinsborough. She must be in at least one photo there.
See larger and full size. Image 6017 in Humphrys glass negatives. Light-adjusted. See original.
See other scan and other scan and other scan.
See copy in [P106/507(1)].
See almost identical shot (slight difference in mouth). Image 6814 in Humphrys glass negatives. Light-adjusted. See original. 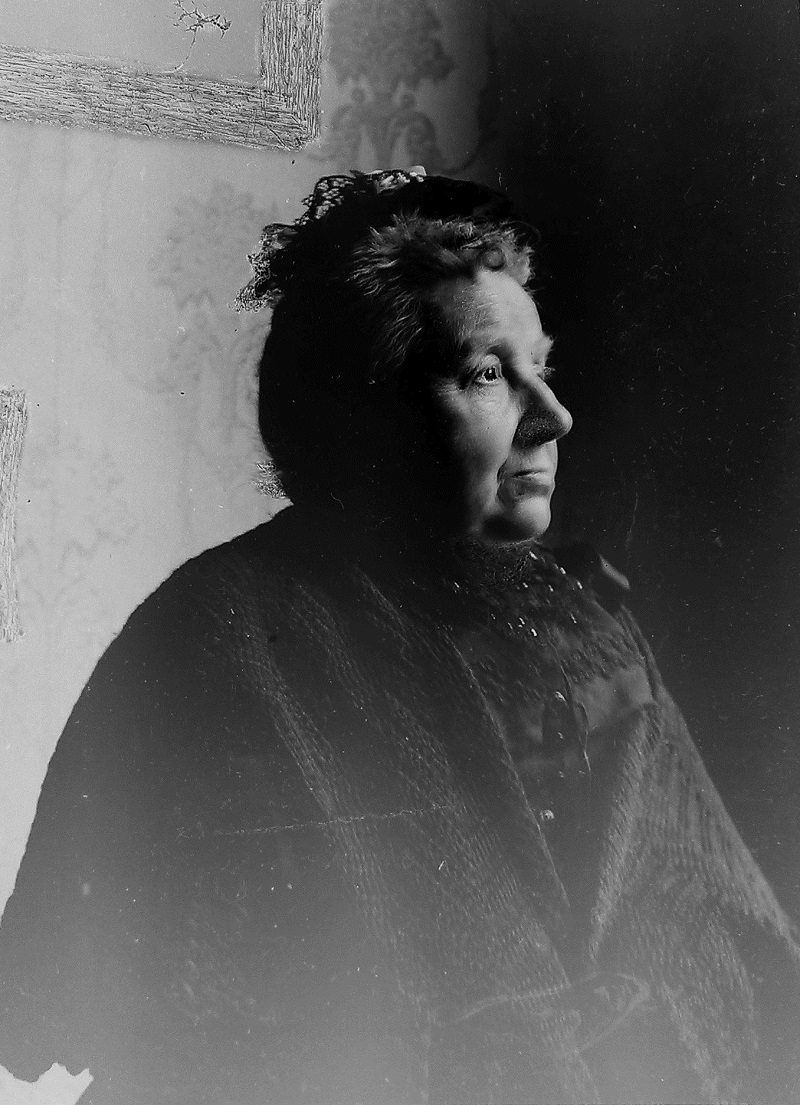 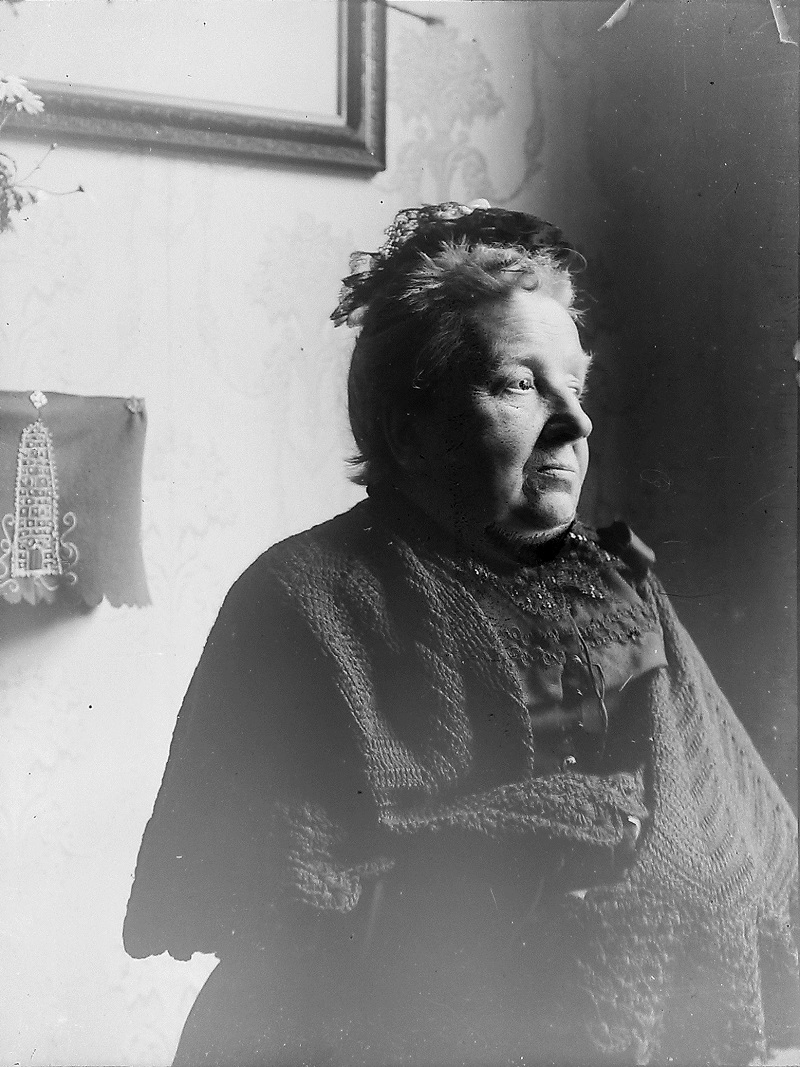 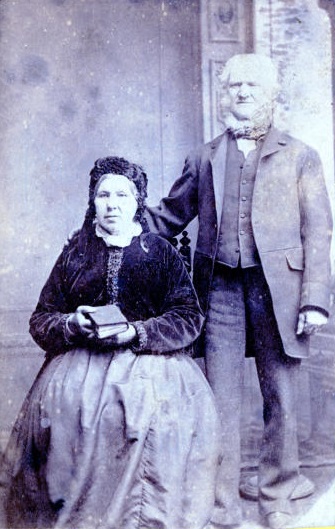 Unidentified couple. Sticker says 1899.
[P106/507] includes this in a group of pictures of "former employees" of the Humphreys and Rahilly families. And in this case that seems right. They seem too poor to be James "The Squire" and his wife.
See larger and full size. Image 5893 in Humphrys glass negatives. Light-adjusted. See original.
See copy in [P106/507(2)].
See other copy.
See other scan and other scan and other scan. 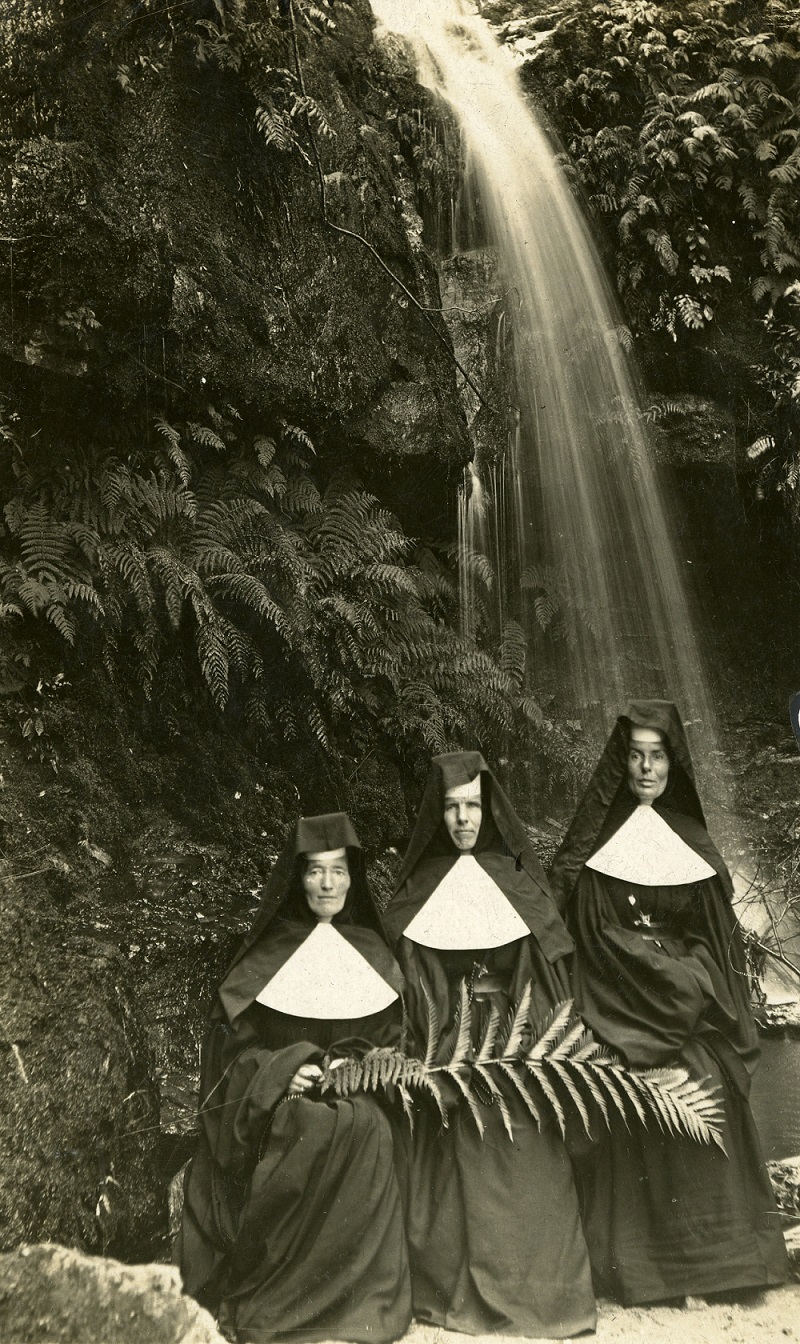 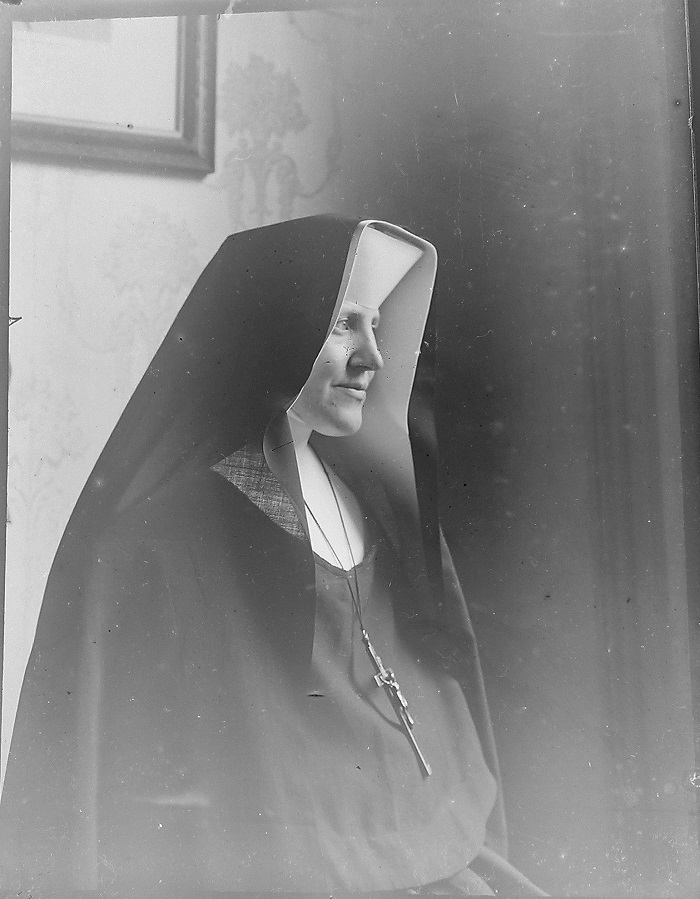