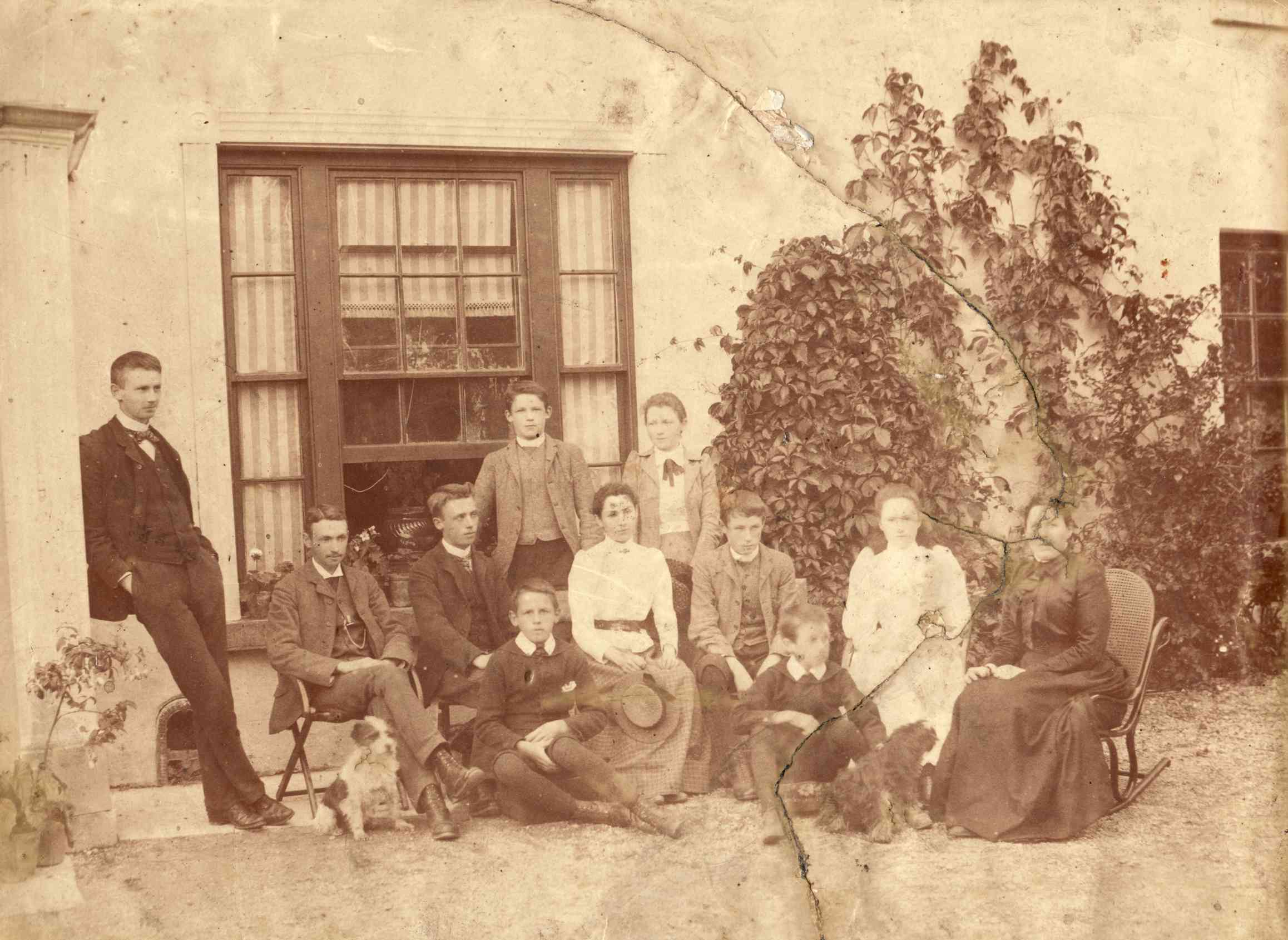 "The Ebrill family".
We can see 7 sons, 3 daus and Elizabeth Bowler (on RHS).
The daus are (in order of age): Mary (born 1866), Elizabeth, Eileen (born 1874). The daus make photo look around 1890.
There should though be 8 sons alive at that time. But that could be explained by John being away in Dublin. Not sure then who are the 7 sons here, but youngest would definitely be Daniel (born 1880).
The father should be in the photo though, if he was alive. He died 1892.
Estimated photo date: just after William Ebrill's death in 1892.
Presumably at Summerville Cottage.
See larger and larger and full size.
See another copy without damage to the RHS.

William Ebrill, born 1818.
His father John Ebrill was a prosperous feather, skin and wool merchant on Mungret Street, Limerick.
See his father listed on Mungret St in Griffith's Valuation, 1850.
His father died 1854.
William and his brother John ran their father's business on Mungret St after his death.
[Slater's Directory, 1856] lists "William & John Ebrill", Wool Combers & Clothiers, and "John Abrill", Feather & Skin Merchants, both at Mungret Street, Limerick.
Freemans Journal, April 10, 1858, has a tribute to James O'Brien, MP for Limerick 1854-58, signed by the citizens and electors of Limerick, including "William Ebrill".
His mother died 1861 "at the residence of her son" in Mungret St.
His brother John died in 1863. William is in 1863 listed as running "William and John Ebrill", wool merchants, Mungret St, with John.
William continued running the business on Mungret St. He kept John's name on the business for decades after 1863.
He is listed as bachelor, merchant, living Limerick, at time of marriage.

William imported and exported wool. Owned lots of property in Limerick.
Listed as "wool merchant" at children's births 1864-78.
Listed in [Directory of Cork and Munster, 1867, pp.393-394]. William and John Ebrill, 25 Mungret St and 18 Upper William St, Limerick, are listed under Wool Merchants and Brokers and Worsted Manufacturers.
William and John Ebrill, Wool Merchants and Brokers, 18 Upper William St, Limerick, listed in [Slater's, 1870], and [Bassett's, 1875] to [Bassett's, 1884], and [Guy's, 1886].
[Bassett's directory, 1875] also lists William Ebrill, Wool Merchants & Brokers, Garryowen.
[PAT/1, p.10] says the O'Mara's did a thriving business in wool with the Ebrills during the slack bacon period. Old James O'Mara had started out in wool before getting into bacon.

William Ebrill, of St.Michael's par, Limerick, is among those writing an open letter, 4 May 1877, to the Bishop of Limerick, expressing their wish to organise celebrations of the Golden Jubilee of Pope Pius IX. (50th anniv of him becoming a bishop.) See letter in Freemans Journal, 9 May 1877.
Member of Royal Historical and Archaeological Association of Ireland. Obituary says: "Mr. Ebrill, who was a widely-read man, took a great interest in antiquarian matters, and as an authority on local historical subjects the greatest weight was always attached to his opinion."

Elizabeth and her family are listed

Elizabeth and her family are listed

in [Census, 1911] at Summerville Cottage, South Circular Road, they have one servant living with them.

William and John Ebrill business listed in [Directory of Cork & Munster, 1867].
John has died but the business still has the name of the brothers. 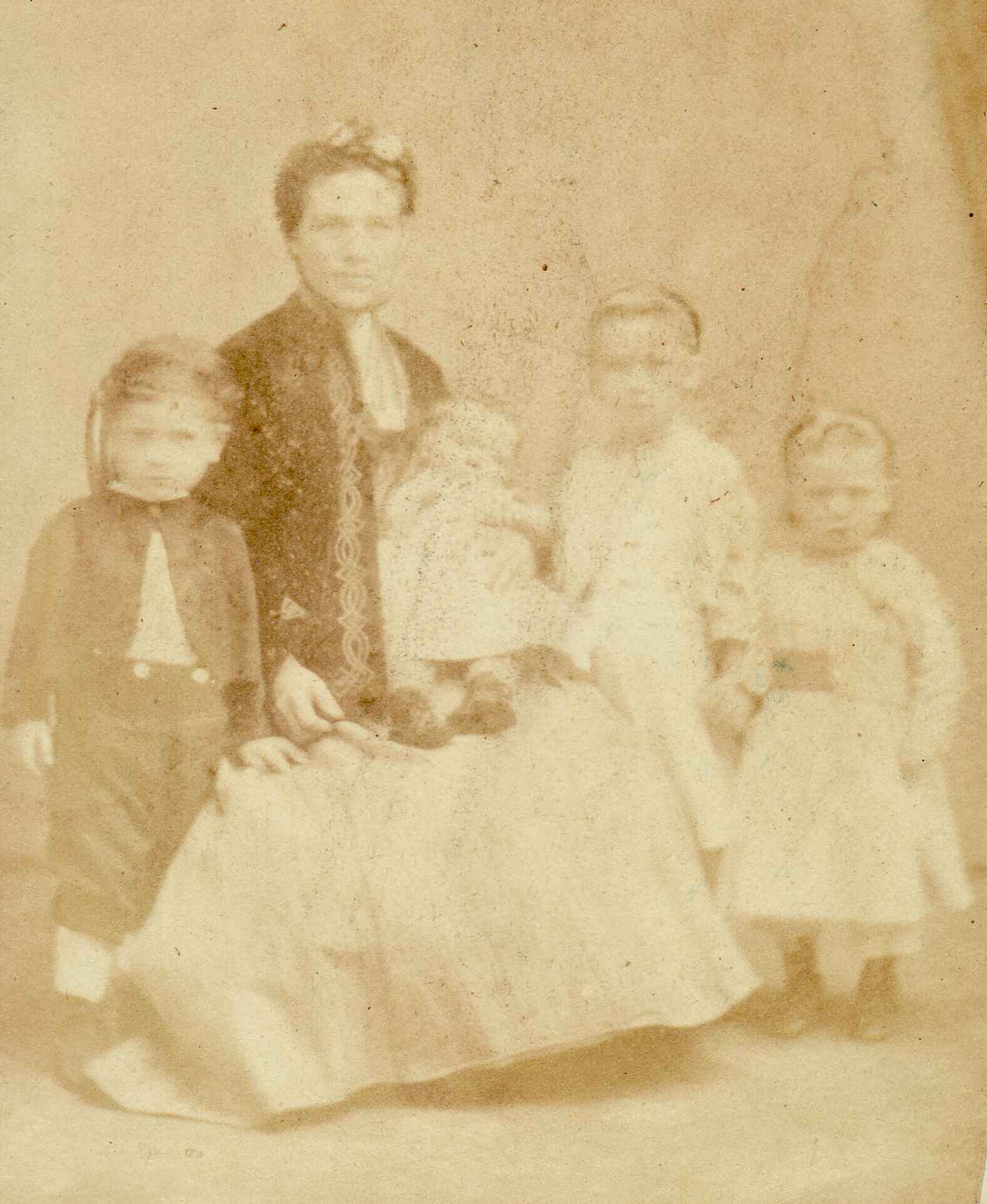 "The Ebrills".
Photo must be 1872.
And must be (Left to Right): William, Elizabeth Bowler with the second baby John (born Aug 1871), Mary, Elizabeth.
The other 2 children having died in infancy.
See larger and full size.

Ebrill group.
Looks like same window as above.
The two boys at the front are Bowler relations.
Photo estimated c.1890.
If the others are Ebrills, that leaves 2 daus and 5 sons.
Unclear who the adults are. The woman could be Elizabeth Bowler. The man cannot really be William Ebrill since he would look a lot older.
Courtesy of Yvonne Elsworth.

Looks like same man as above.
See full size. Courtesy of Yvonne Elsworth. 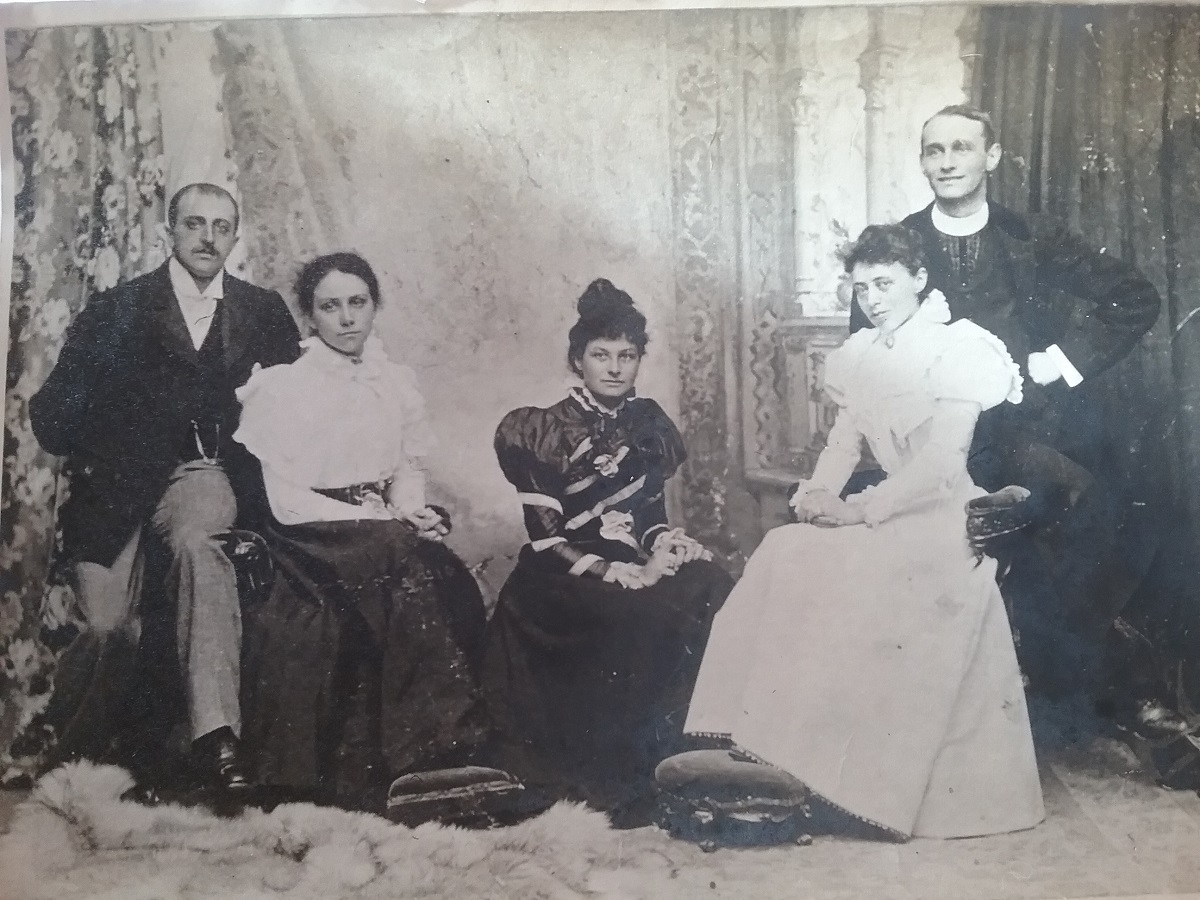 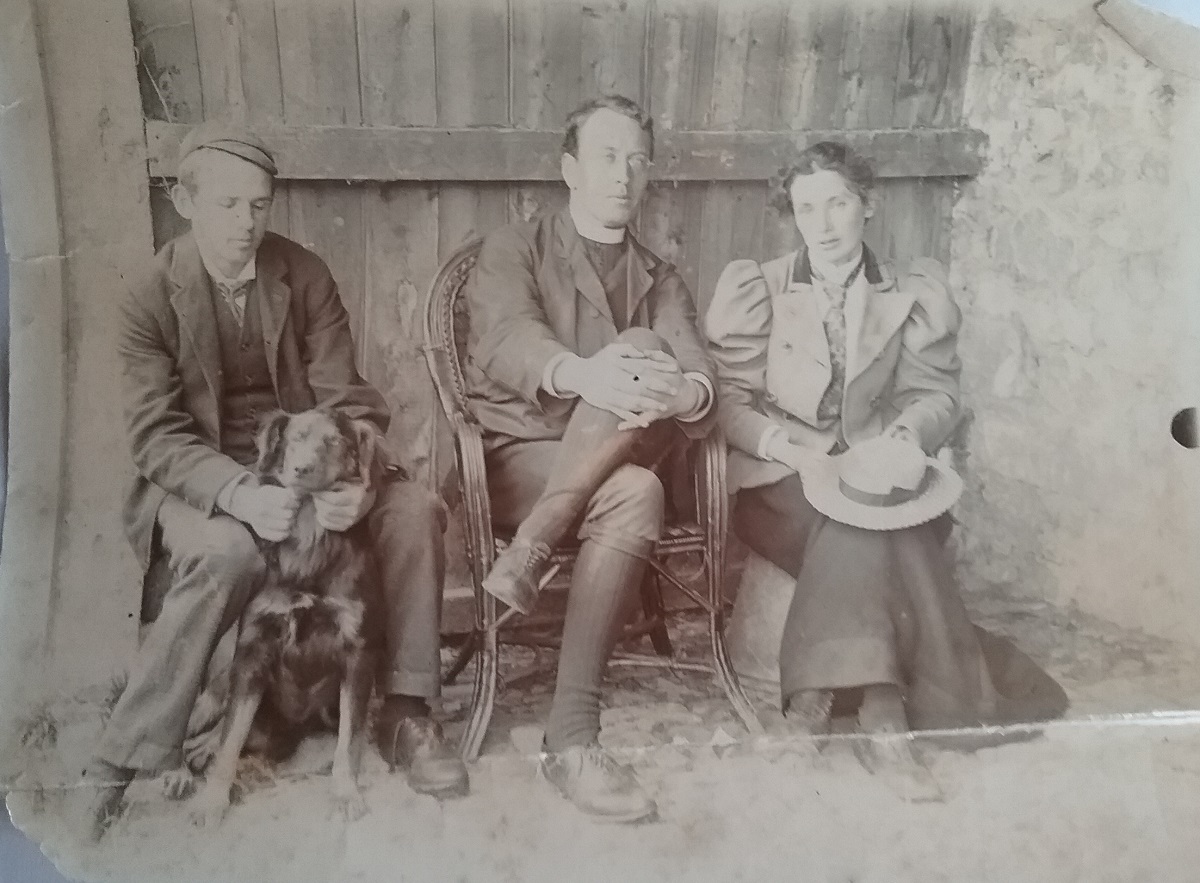 18 Upper William St, Limerick.
From photos at buildingsofireland.ie.
See terms of use.